According to Brooklyn Center police, officers from multiple departments surrounded the neighborhood near apartments on the 3400 block of 53rd Avenue North. Police eventually made the arrests.

Police say the suspects first stole a Kia Soul from an apartment building on the 2800 block of Northway Drive. As police were dispatched for that theft at about 4:40 p.m., the stolen Kia was seen at an apartment complex on the 3400 block of 53rd Avenue North with individuals trying to steal a Hyundai Tucson. Both vehicles were then observed leaving the parking lot. 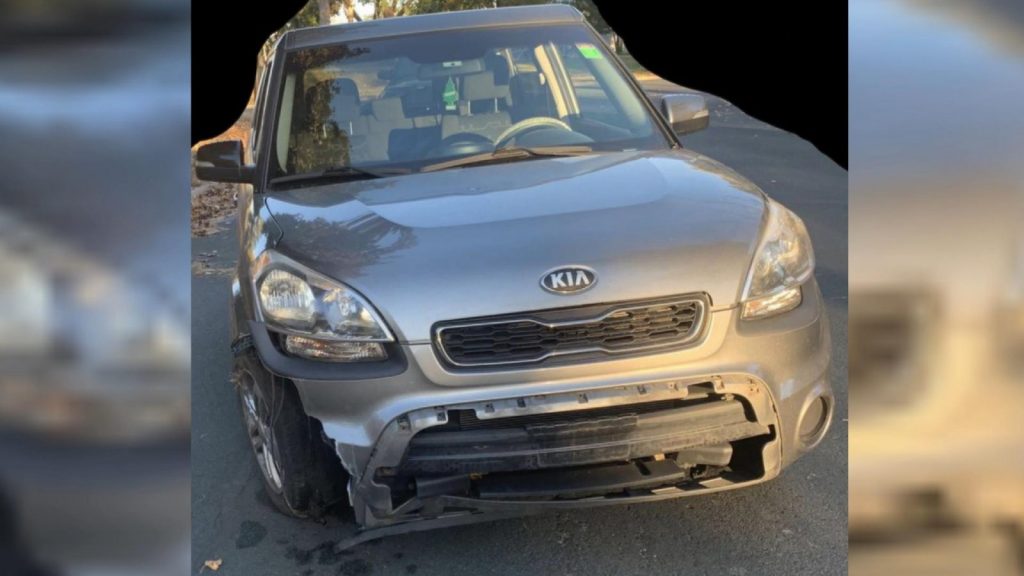 As police wrapped up their initial theft report, the officers learned that the two stolen vehicles had crashed with no other vehicles involved. The occupants of both vehicles fled, but returned to try get away in the Hyundai Tucson, assaulting a 911 caller in the process, police said.

As the Hyundai Tucson sped off, police say the officers decided against a pursuit for public safety reasons. The 911 caller suffered minor injuries, police said.

A short time later, the Hyundai was found with the occupants running through yards toward the apartments on 53rd Avenue North where they were arrested. Police say witnesses helped locate the individuals. The search also included the Hennepin County Sheriff’s Office and police departments from Crystal, Robbinsdale, Brooklyn Park and Plymouth.

The juveniles were booked at the Brooklyn Center Police Department and transported to the The Link, a Minneapolis nonprofit that works with juvenile offenders, pending pickup by a legal guardian, police said.

When asked about the possibility they could commit similar crimes in the near future, police say early intervention of some sort is needed.

“The recidivism rate for someone who faces little to no consequences for their initial actions are relatively high,” said Brooklyn Center police Cmdr. Tony Gruenig. “But every situation is different so I can’t say for sure.”