Taco Bell is a restaurant you see in nearly every major city or suburb, but you’ve never seen one quite like the one along 94th Avenue in Brooklyn Park.

“It is really an industry, game-changing experience,” said Lee Engler, co-founder and CEO of Border Foods.

“It was born out of the pandemic by a couple guys asking a simple question — what’s the biggest issue in your business,” Engler said.

In a normal drive-through, cars line up, and every one of them has to funnel over to a single window to pick up their order. That model can create significant backups during a busy lunch rush.

Taco Bell Defy aims to eliminate that problem thanks to the help of Minneapolis-based Vertical Works, Inc.

“What this does, it changes the dynamic,” Engler said. “So rather than a funnel, we basically have a straight ordering pipe.” 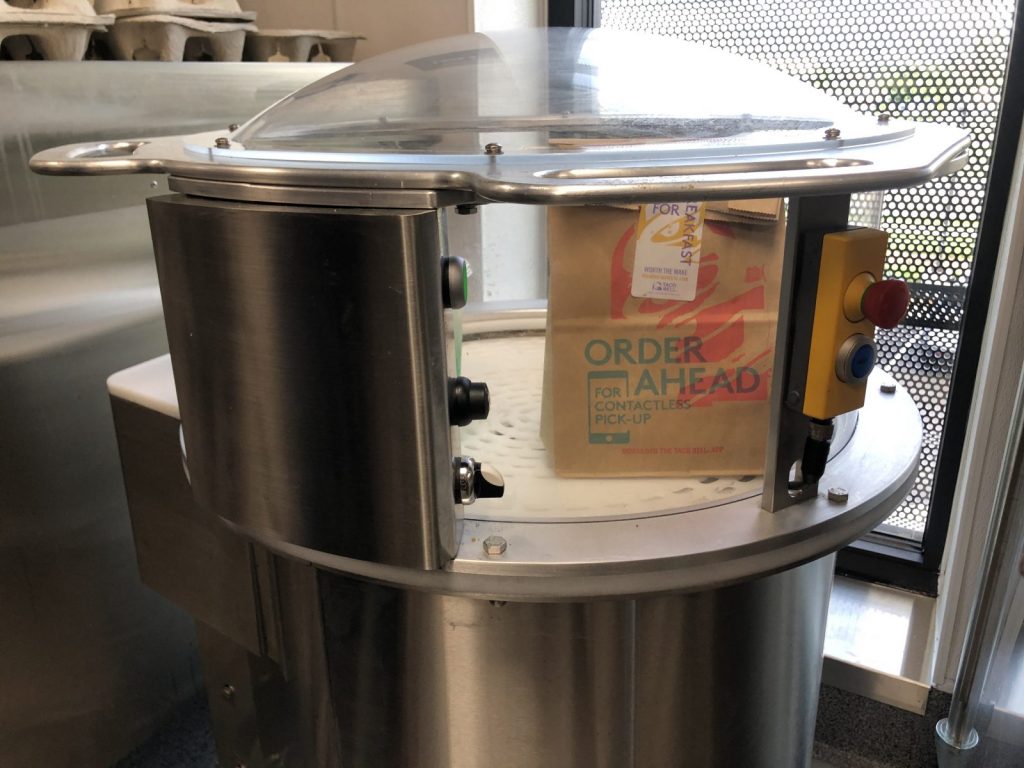 Food and drinks are placed in this vertical lift and sent down to customers waiting in their cars below.

Customers in Brooklyn Park can go to one of four drive-through lanes. They first place their order at a kiosk.

“So as a consumer, you just take your mobile phone and you would scan your QR code right here,” said Jarret Persons, regional manager with Border Foods as he showed off how the ordering process works.

Meanwhile in the kitchen up above the drive-through lane, that’s where the magic happens.

Staff members send the food down a vertical lift system to the customer waiting below. The entire process takes about two minutes.

“Very futuristic,” Persons said. “And people have said, like raining tacos from heaven.”

Taco Bell Defy employs 55 people who make these so-called “tacos from heaven.” During busy times, they’ll have up to 17 people helping with food production.

They expect to handle roughly four times the volume than the traditional Taco Bell, and while they admit there will be a bit of a learning curve, they’re ready for the challenge.

Regardless of how customers order, Taco Bell Defy has four lanes to accommodate them:

See Also: A Discussion with the Creators: First-of-its-kind ‘Taco Bell Defy’ Breaks Ground in Brooklyn Park, Won’t Have Inside Dining