The city of Plymouth has announced the selection of a new police chief. Erik Fadden, the city’s deputy chief since 2018, was appointed chief. Fadden will replace longtime Police Chief Mike Goldstein, who retires at the end of January.

“Erik knows Plymouth well – both the community and the Plymouth Public Safety Department,” said Plymouth City Manager Dave Callister in a statement of CCX News. “He’s well suited to lead the department as we look to the future.”

Fadden is a 16-year veteran of the Plymouth Police Department. He will also fill the role of public safety director, which not only oversees the city’s police department, but also the Plymouth Fire Department and emergency management services. In that role, Fadden is responsible for overall administration, strategic planning and financial oversight. Fadden will take over the role Feb. 1.

Callister says the appointment came after an internal search. 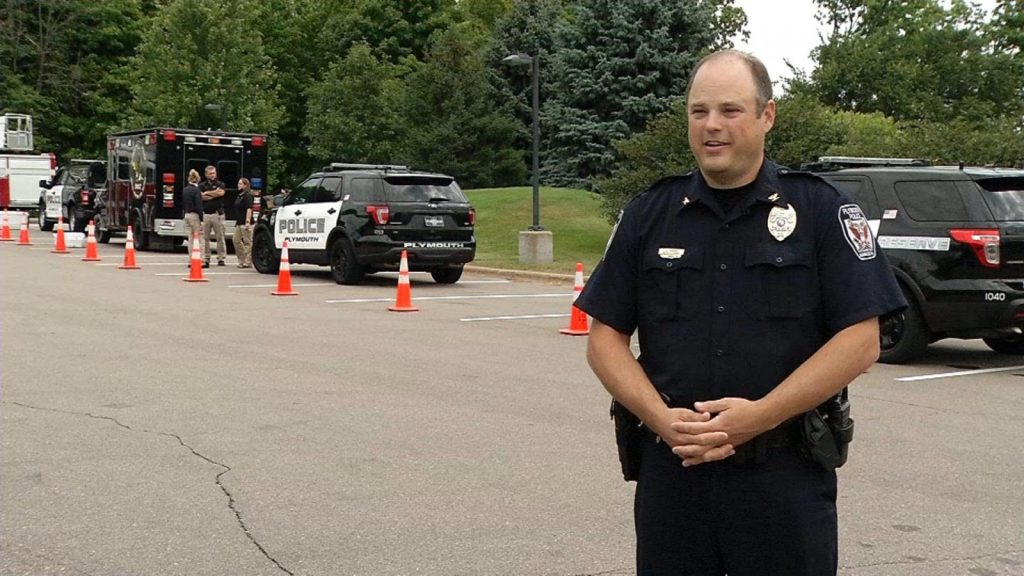 Fadden in a September interview with CCX News

Fadden grew up in Plymouth, graduated from Wayzata High School and has worked nearly all of his law enforcement career as a member of the Plymouth Police Department. He began his career as a police officer with the Minnetrista Police Department in 2001. He was hired by Plymouth in 2004 and worked his way up the ranks.

“I’m honored to accept this position – and fortunate to be surrounded by so many talented people in the police and fire departments,” Fadden said in a statement. “We look forward to carrying on Plymouth’s tradition of professionalism, service, transparency and outreach as we serve the residents and businesses of Plymouth.”

Fadden noted that he wants to take time to mentor young people interested in pursuing careers as public safety professionals.