This week marked another step in the saga over light rail in the northwest suburbs. City leaders in Robbinsdale have expressed concerns about the proposed route going down the middle of County Road 81. Tuesday night, the Robbinsdale City Council took steps to hire an engineering firm to work with project leaders on the city’s behalf.

“We said, well, it looks like you’re going to go through with this on Highway 81 whether we want it or not,” said Robbinsdale Mayor Bill Blonigan. “We want some resources from you to have our own independent engineer, or engineering firm, study what can be done to help the system in Robbinsdale, either mitigation of the bad effects or enhancements of the good effects.”

Tuesday, the city council approved a Memorandum of Understanding with the Metropolitan Council that essentially gives the city the authority to hire an engineer that represents Robbinsdale’s interests on the light rail project.

Robbinsdale will receive up to $100,000 from the met council and the federal government to fund this position. 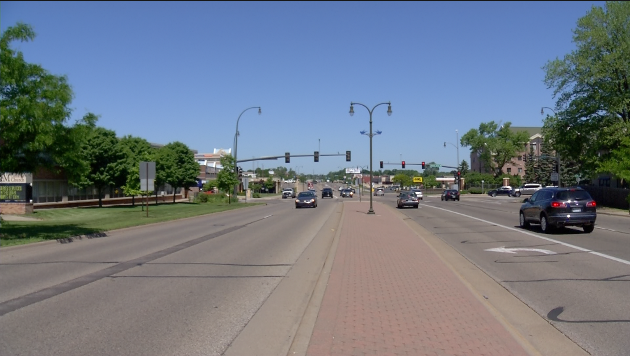 Under the current proposal, light rail trains would run right down the middle of County Road 81 in Robbinsdale.

Outgoing City Council Member George Selman was the lone vote against the plan, calling it a waste of taxpayer dollars. He says voters have a big decision to make when they cast their votes for city council in November.

“I believe so strongly this is gonna have such a negative impact on Robbinsdale for the next hundred years,” said Selman. “I ask and I hope that the citizens of Robbinsdale make this election, and probably the next one, a referendum on light rail. And if you’re for light rail running down Highway 81 for the rest of our lives, then you want to vote for the people that support it. And if you’re opposed to it, you want to elect people that are opposed to it.”