The election is fast approaching for Golden Valley City Council races. Campaigning is underway for the Nov. 5 election. 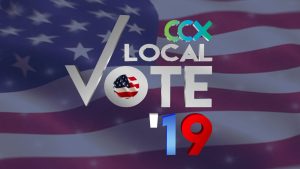 Two other candidates have announced their intent to run for the open council seats: Maurice Harris, a former chair of the city’s human rights commission; and Kimberly Sanberg, a member of the city’s open space and recreation commission and a founding organizer of the city’s Pride Festival.