Because public gatherings are suspended due to the novel coronavirus, Crystal police made two community notification meetings for Level III sex offenders virtual. Police also sent out printed notices to neighborhoods, posted the clips on their social media accounts and directed the public to the link for information.

A Decision to Go Virtual

The Crystal Police Department had a meeting scheduled to notify the public about the first offender before COVID-19 restrictions began. When the city decided to suspend public gatherings, police canceled the meeting and worked to create a virtual meeting.

“We wanted to get the information out in a timely manner in as personal of a way as we could,” said deputy chief Brian Hubbard of the Crystal Police Department.

Hubbard worked with a representative from the Department of Corrections and the city’s communicator director to create a video.

“We attempted to provide the same information that would have been done at the meeting, along with questions we thought might have been asked in that setting.” 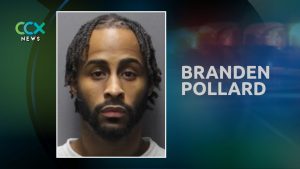 A Level III sex offender is considered the highest risk of reoffending. Branden Lee Pollard, 33, was the subject of the March 18 meeting. Authorities say Pollard who would be living around Welcome Avenue North in Crystal. He served time for sexually assaulting a 13-year-old girl who asked him and an accomplice for directions in 2006. You can watch the full meeting to learn more here. 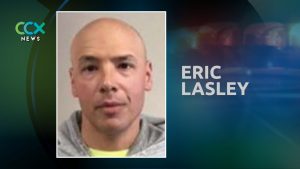 On March 30, Crystal police had a second virtual meeting to notify the public about Eric Otto Lasley, 43, who would be living in the 6600 Block of Markwood Drive North. Lasley was convicted of criminal sexual conduct in 1998 for forcing someone he met through an escort service to have sex with him. You can learn more about Lasley in the virtual meeting held about him here.

“Given the odd times that we are in, we felt this was the best way to get the important information out to the community in a timely manner while making it as personable as possible,” said Hubbard.