Brooklyn Park police are investigating a crime in which a driver was carjacked in a McDonald’s drive-through lane.

The incident happened Sunday at about 10 p.m. at the McDonald’s on West Broadway.

According to police, the victim was in the drive-through when he noticed a man going up to cars and asking people for food or money. When the man reached the victim’s car, he implied he had a gun and told the driver to get out.  The assailant then drove off with the victim’s car, police said. 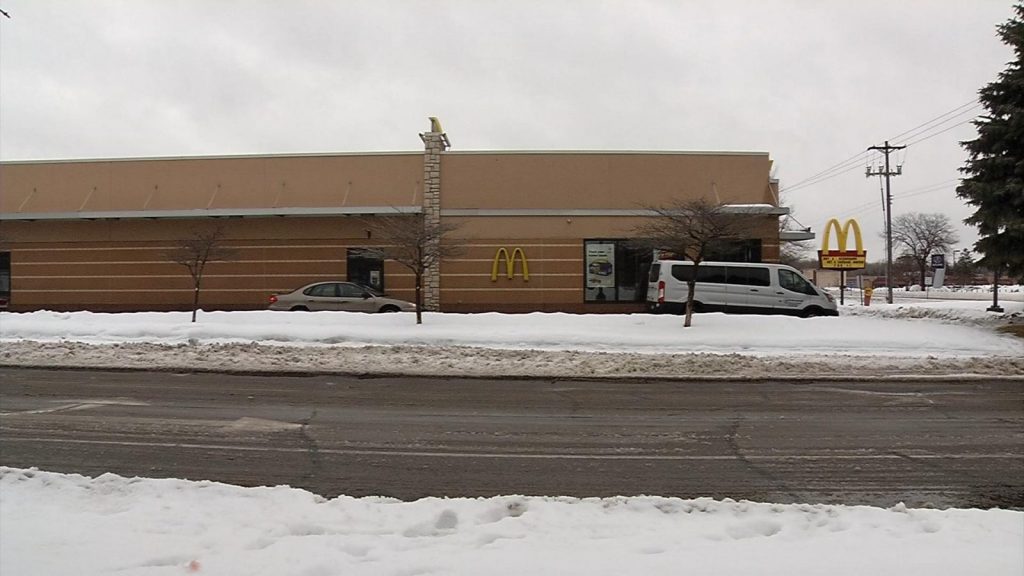 McDonald’s restaurant in the 7600 block of West Broadway

Police say the man was wearing green pants and a green jacket. As of Tuesday afternoon, police had not announced any arrests. The vehicle also has not been found. Contact Brooklyn Park police if you have information.