Golden Valley originally built Medley Park in the 1970s, but it has suffered from poor soil and drainage conditions that have damaged the ball fields and nearby tennis courts. 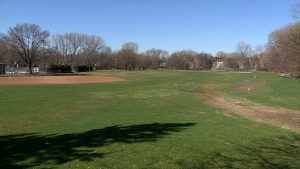 After conducting a community survey, city staff decided to explore the idea of replacing the ball fields and tennis courts with a dog park and community garden.

Following a series of public meetings, the city’s Open Space and Recreation Commission is recommending construction of the community garden to replace the tennis courts at Medley Park. However, the committee suggests not proceeding with the dog park.