Fire Damages Maple Grove Homes, Couple Say They Are ‘Lucky to Be Alive’

A fire broke out Monday at around 4:30 a.m. that damaged three single-family homes in the southeast part of Maple Grove.

Mitchell and Stephanie Rogalsky lived in one of the homes. The couple say they woke up to a “loud boom sound.”

“We were all sleeping, and all of a sudden, the laundry room beneath our bedroom, something blew up in it, and it lifted our bed,” explained Stephanie Rogalsky.

“It looked like the window and the wall had collapsed,” said Stephanie’s husband, Mitchell.

The Rogalskys were one of two families displaced by the fire in the 11000 block of Red Fox Drive North. They say they made it out with just the clothes on their backs.

“When I made it to the front door, one of the walls had caved in a bit from the explosion, and it was blocking the door,” said Stephanie. 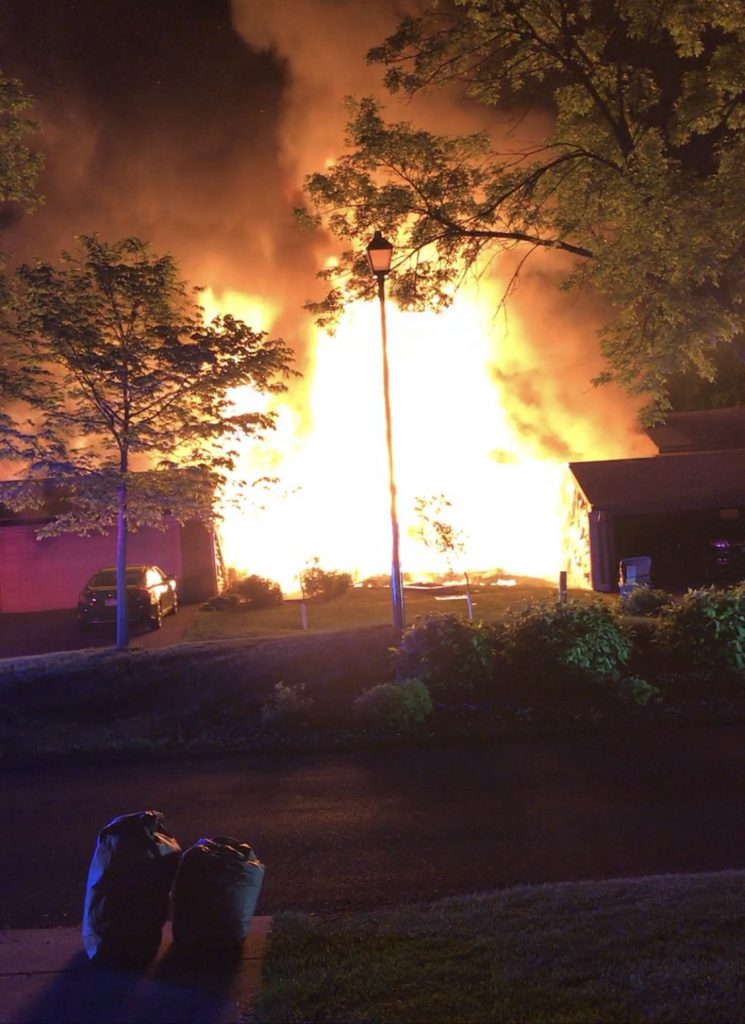 Firefighters Had to Move Quickly

Maple Grove fire officials tell CCX News that they couldn’t confirm an actual explosion. But they say firefighters had to move quickly as flames spread to two neighboring homes.

A firefighter hurt his shoulder in the response, but is expected to be okay, Bush said. He added that crews also had to rotate more frequently because of the heat and high humidity.

Maple Grove fire investigators are trying to determine the cause of the two-alarm fire.

Meanwhile, neighbors are rallying around the couple, making sure they have water and food.

“We look out for each other, so this really rocked the neighborhood,” said Lauren Buendorf.

A GoFundMe account has been set up to help the Rogalsky family.