North Dakota-based Enclave Cos., which is currently building apartments in Maple Grove, wants to build a 146-unit apartment complex in Brooklyn Park. Thirty of the units would be considered affordable to households earning 30 to 50 percent of the area’s median income.

The complex would have all the bells and whistles of a market rate apartment complex and include several amenities, including a swimming pool, yoga studio, fire pits and a pet spa. It would be located near a proposed Twin Cities Orthopedics location.

The three-story multifamily rental building has been in the works since July 2020. City documents say all of the scenarios that were explored for the building to conform to the city’s mixed-income housing policy created a financial gap in the project, which prompted Enclave to seek assistance from the Economic Development Authority.

At a Tuesday night EDA meeting, the EDA recommended approval of the project, with an amendment to look for creative options to reduce the financial contributions of EDA to the project or increase benefit to the community. To listen to the discussion, click here. 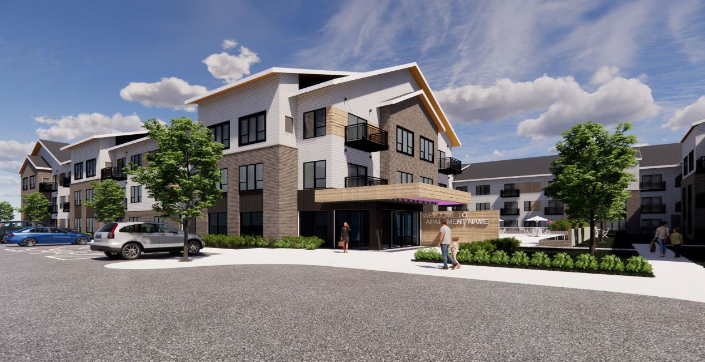