Officials with the Crystal Police Department are reviewing their policies and practices after the death of George Floyd, the black man who died during an arrest by a white Minneapolis police officer. 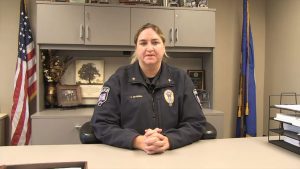 Crystal Police Chief Stephanie Revering sent out a YouTube message to residents, offering her condolences to the family of George Floyd.

“I can’t even imagine what his family is going through, and I’m horrified at the fact that this happened,” she said.

Over the next few weeks, Chief Revering will review department protocols.

“I want to see if we need to add any policies or make any additions to what we already have,” Revering explained.

In 2015, the Crystal Police department handled the highly publicized Barway Collins case. The 10-year old Liberian boy vanished. His body was eventually found in the Mississippi River. Revering says the incident highlighted the fact the department had a hard time connecting with the Liberian community.

“I didn’t even think about that quite frankly, and shame on me for not thinking about that,” she said. “I recognized it very early on in the investigation with Barway.”

Shortly after the investigation, Crystal police joined the Joint Community Police Partnership, a Hennepin County program that works to enhance relationships between police and diverse communities.

Part of connecting with diverse communities is building trust. And Chief Revering admits it’s an uphill battle when you see officers who commit acts of brutality with people of color.

“I would say that it is up to us, the police departments in this state and country, to earn that trust,” Revering said.