Crystal Police Chief Stephanie Revering is reassuring the public after multiple shootings this week in her city. Revering says all resources are being deployed to arrest those behind this week’s crimes.

The first shooting incident happened early Sunday morning when a man was shot multiple times in the parking lot of Big Louie’s Bar and Grill. He later died at the hospital. According to the Hennepin County medical examiner, he’s identified as Shateke Bruce, 27, of Minneapolis.

The second incident occurred when three men were shot numerous times outside the same restaurant. Hennepin County dispatch received multiple 911 calls reporting shots fired outside the bar shortly before 10:30 p.m. Monday. All of the men are expected to be okay. Police were also called to North Lions Park on Monday afternoon for a report of shots fired. Police say no one was injured at the park. 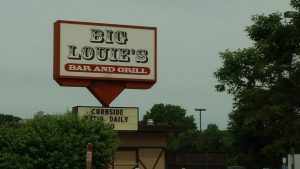 Chief Revering says this week’s spike in violence is a rarity for Crystal.

“I want to make sure people understand this is not common in our city,” said Revering. “We will follow up with the investigation, making sure we conduct thorough interviews with everyone involved.”

Police think the two bar shootings are related. However, Revering says none of the cases are related to the escalated violence taking place in Minneapolis.

“We do not see shootings on a regular basis in our community, and we want to make sure that the public understands that we’re here for them, we’re here for all residents. We need them to help us with this situation and call when they see anything suspicious.”

Meanwhile, Crystal police are increasing patrols. Hennepin County Sheriff David Hutchinson released a statement yesterday saying the organization would provide patrol resources to assist Minneapolis and other cities with an additional presence in areas where violence has been occurring.

There are no suspects in any of the Crystal cases. If you have any information, give Crystal police a call.