“We don’t know of anything that led up to this before last night. It just kind of happened is our understanding,” said Crystal Deputy Chief Brian Hubbard. 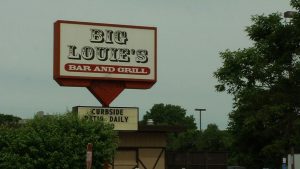 When officers arrived on the scene, they found a 29-year-old man and a 25-year-old man, each with multiple gunshot wounds. They were taken by ambulance to a nearby hospital. Police later learned a third man, age 35, was also shot numerous times. He was taken to the hospital by private vehicle before police arrived. Police say all three men shot had non-life threatening injuries.

Another shooting happened early Sunday in the same parking lot of Big Louie’s. In that case, a 27-year-old man later died at the hospital. The man’s identity has not yet been released. Police think the two shooting incidents are related.

“These incidents are pretty isolated, but if you look at what’s going on right now in the Twin Cities, I think the trend is pretty concerning for us,” explained Hubbard.

Big Louie’s is temporarily closing for a few weeks. They posted a statement on their Facebook page thanking the public for their support and promising to reopen on July 6.

Reports of Shots Fired at Nearby Park

Meanwhile, a mile away, gunshots were fired Monday afternoon at Lions Park. Hubbard says several rounds were fired, but no one was hit.

There are no suspects in any of the incidents. If you have any information about the shootings, give Crystal police a call.