The city of Crystal is looking to remove picketing in residential neighborhoods, following the lead of other Minnesota cities.

The Crystal City Council gave initial approval May 18 to an ordinance change that would ban marching or picketing outside someone’s home in the city. Attorney Troy Gilchrist, who represents Crystal, pointed to instances that have occurred throughout the Twin Cities, “such as in the case of an officer-involved shooting or an unpopular political decision,” city documents showed.

“The goal of this is to safeguard residential privacy, while being in tranquility in the home,” said Gilchrist.

“This goes further by adding another provision to the definition of targeted residential picketing, and that is specifically standing, marching, patrolling or picketing by one or more persons directed solely at a residential building without the consent of that building’s occupants,” Gilchrist explained.

Residential Picketing Would Be Misdemeanor

The ordinance makes residential picketing a misdemeanor crime. The Crystal City Council still has to vote on final approval, but it is expected to pass. The approval of the first reading was a 7-0 vote.

Such an ordinance has been upheld by the U.S. Supreme Court and the Minnesota Court of Appeals. 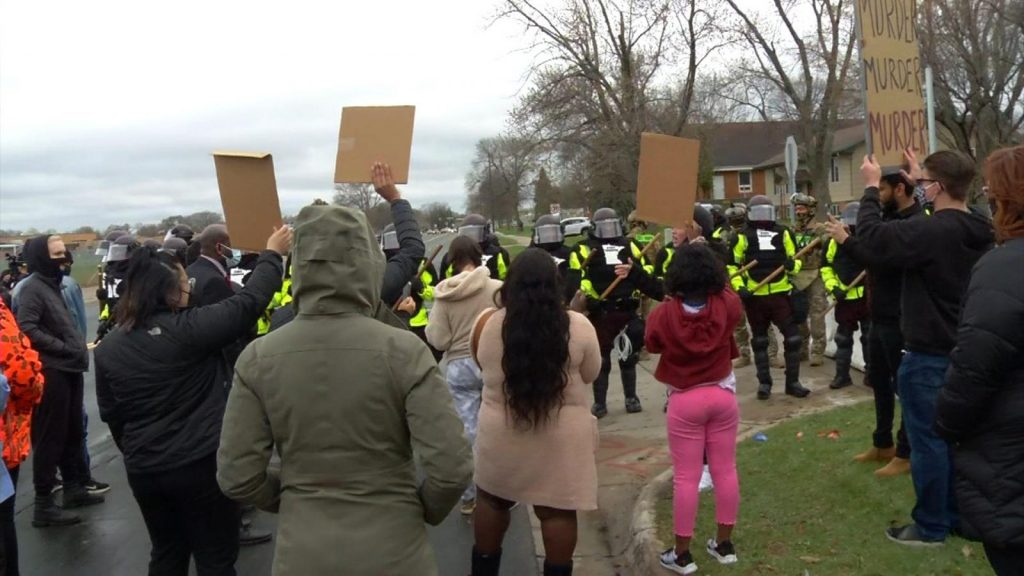 Protests, like this one outside Brooklyn Center police station, would still be allowed in Crystal since they’re not targeting a residential home.