When car enthusiast Cris Ambriz saw that the city of Crystal was doing a birthday brigade of police cars and city vehicles, he was inspired.

“I thought, ‘what if we did this on a bigger scale and hit up several houses instead of just one,'” said Ambriz. “Once you get a fire in my mind, it’s hard to put it out until it’s completed.” 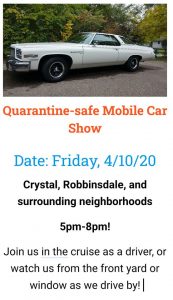 So he got to work. First, he checked with friends and car clubs to see if people had their cars out of winter storage. Then, he asked if they’d be interested in a car show that was actually more like a parade.

It didn’t take long to get volunteers offering to drive a variety of cars that range from an old-school Oldsmobile to a newfangled Tesla. Ambriz will drive his 1976 Buick LeSabre.

But what about the people who might appreciate a car show? Ambriz posted messages through the NextDoor app and the Light of Crystal on Facebook to ask if people would like to see a “Quarantine-Safe Mobile Car Show.”

Within hours, he had an address list started, and a few days later, he had so many requests he had to stop accepting new addresses. He capped the address list at 57.

“I’m doing this because like so many people, I haven’t lost my job. But I’m on reduced hours,” said Ambriz. “Maybe this will be a break in the monotony of the day.”

Ambriz plans to have cars circle up near the intersection of West Broadway Avenue and Bass Lake Road. Then, the cars will cruise by a home daycare near Lions Park before heading over to Brooklyn Center for a few homes. After that, they’ll drive back through Crystal neighborhoods. He strategically tried to organize a route that wound through neighborhoods and avoided stop lights so cars could stay together.

If you have a classic or specality car and want to join in, the group is going to meet up in the parking lot that is just north of O’Reilly Auto Parts at 6918 Bass Lake Road in Crystal at 4:45 p.m. on Friday, April 10. The cruise will begin at 5 p.m.

A Car Show that Inspires

Ambriz has already had questions on whether he’ll plan another show with another route. He’s going to wait and see how this one goes. But the buzz surrounding this endeavor is very positive so far.

“For the most part, people are sitting in our houses looking out the front window and seeing the same thing everyday,” said Ambriz. “Maybe seeing 15 or 20 cars that you don’t’ see everyday will give someone hope.”

Ambriz has noticed that some of the messages he’s received show that people are struggling.

“They are mentally drained and worn out,” said Ambriz. “This is something fun and exciting. There’s excitement in the air when you read some of these texts now.”

Want to see the show on Friday, April 10? 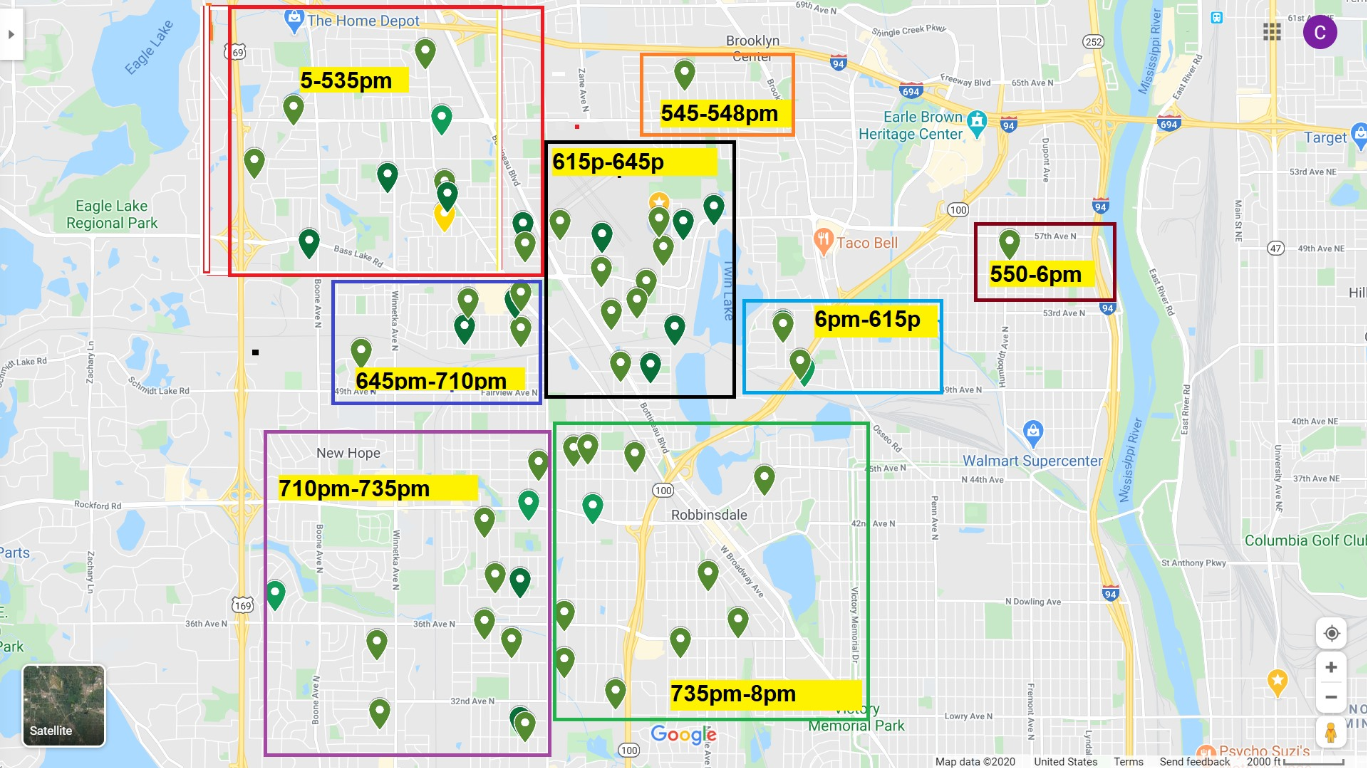