The road to restore Graeser Park in Robbinsdale has been a long and rocky one.

But this summer, there’s noticeable progress.

MnDOT currently owns the land alongside Highway 100. Graeser Park was one of seven parks built along the Highway during the Great Depression, which back then was known as Lilac Way. The parks were used as rest stops and destinations for families who were just getting used to car ownership.

“It was a stopping point and local people loved to come here,” said Kristi Gibson, who is part of the newly formed Graeser Park Restoration and Preservation nonprofit group. “[The park] came in when driving became affordable for most people. People would go out for Sunday drives and Sunday picnics.” 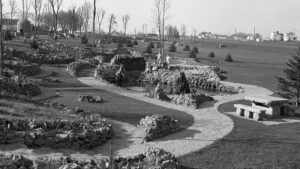 Graeser Park opened to the public in 1941. The beehive in the top left corner of the photo still stands in the same location.

But as Highway 100 was expanded and improved, some of the parks disappeared and others were used for storage. Time and neglect meant parts of Graeser Park deteriorated and sections were literally covered in dirt.

Volunteers and some members of the Robbinsdale Lions Club spent time digging out the rock structures in the park. Their attention and perseverance is one of the reasons why there’s been forward motion in restoring the park to public use.

“We’re really grateful to the Lions Club for their persistence in unearthing in the park and trying to get it the way it was,” said Marcia Glick, city manager for Robbinsdale.

Robbinsdale could take over maintenance, if not ownership of the park, in the future.

“MnDOT will do a certain amount of repair and stabilization, not a full rehab, but the things we can fix right now and then it will be conveyed to the city and eventually used as city park land,” said Weber. “When you have a willing partner like Robbinsdale, it’s really great.”

MnDOT removed trees on the property this summer and brought out a historic preservation crew called Northern Bedrock to restore the picnic tables.

“Once we are done it’s going to be all the greater because of all of that involvement and that’s a really exciting project,” said Weber. “It’s really rewarding.” 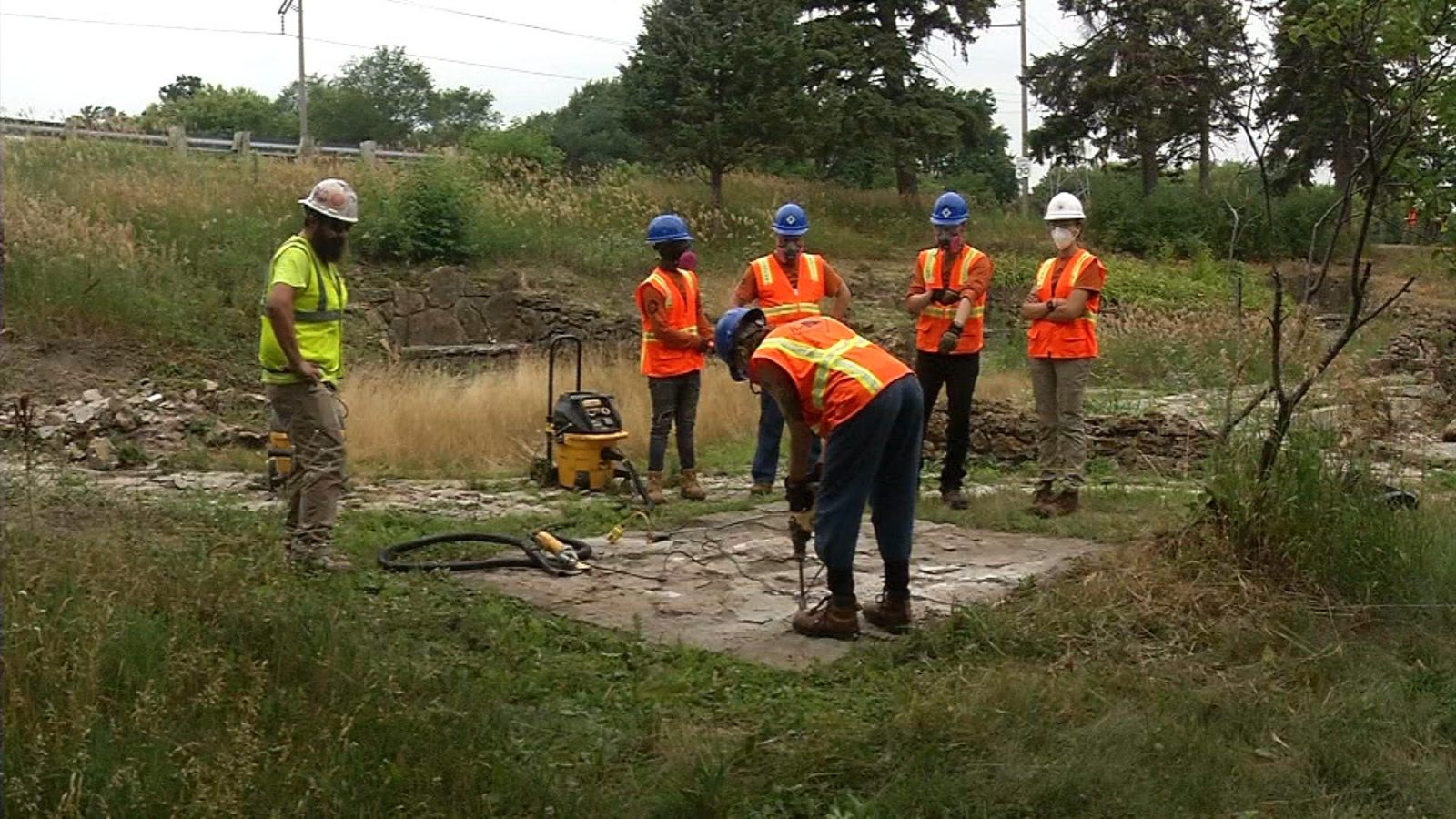