Despite the COVID-19 pandemic, construction is expected to begin Monday on parts of County Road 81 and Brooklyn Boulevard in Brooklyn Park, county officials told CCX News. 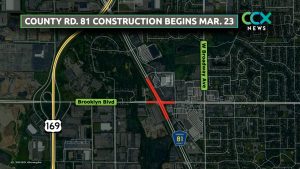 Those areas will be closed to traffic this spring and summer, which could mean delays for people using those roads.

“We want to get a jump on it now that the weather is warming up,” said Stanley Lim, Hennepin County Construction Manager.

The final two segments of the $19 million County Road 81 (Bottineau Boulevard) project begins with intersection work at 81 and Brooklyn Boulevard. Drivers using those roads will need to take detours.

“We hope that West Broadway and 85th will take up a lot of the traffic,” Lim said. “71st Avenue and 73rd Avenue will be open during construction so that will help alleviate some of the traffic issues.”

Hennepin County and the city of Brooklyn Park have partnered to reconstruct 81 between West Broadway and 83rd Avenues, as well as Brooklyn Boulevard between Xylon Avenue and Jolly Lane. 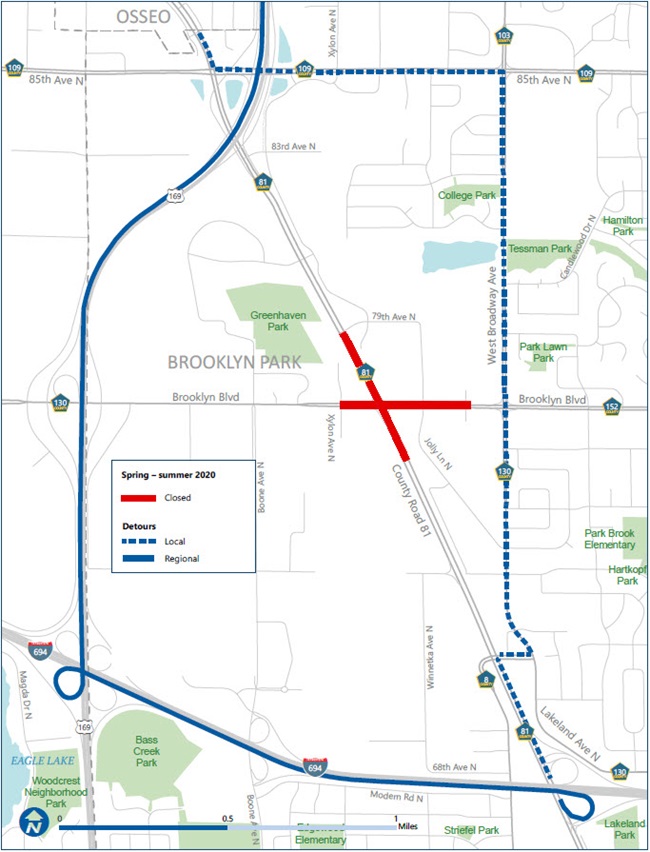 Hennepin County hopes to complete the project by early summer. When finished the two roads will have better traffic flow.

“Obviously we’re adding lanes,” Lim said. “We’re converting from a four-lane rural, to a six-lane urban design. We will have storm water improvements. Water quality will be improved from this project. There’s a lot of underground utilities to be done.”

“We will have access to all the businesses,” Lim said. “It will be a little bit different from normal obviously. But we will do our best to maintain business during construction.”

Even with the detours, the county does not expect delays to be longer than a few minutes. That could be even less with many people staying home because of COVID 19.