The cost to make significant changes to Maple Grove’s Main Street came in much higher than the city originally estimated.

Maple Grove plans to reconstruct Main Street this summer, ripping up the street and sidewalks and replacing them with new materials.

The project has been in the works for some time, but the bids to do the work came in substantially higher. It will now cost $3.3 million, under a contract approved Monday by the Maple Grove City Council. That’s about $700,000 higher than an original engineer’s estimate.

Jupe Hale, assistant city engineer with Maple Grove, said inflationary cost pressures contributed to the spike. The project will be paid for by a combination of funds, including special assessments on neighboring properties. Hale said several funding sources, including utility and long-term development funds, will pay for the additional cost.

The downtown area is about 22 years old and city officials said it was starting to show its age. There were safety issues too, including heaving of concrete pavers.

The project will include new tables, chairs and bike racks to freshen up the corridor.

Most of the construction will start in mid-July and should be wrapped up by mid-fall. All businesses will be accessible the entire time with some detours. For updates on the project and information on how to access businesses, go to www.maplegrovemn.gov/mainstreet. 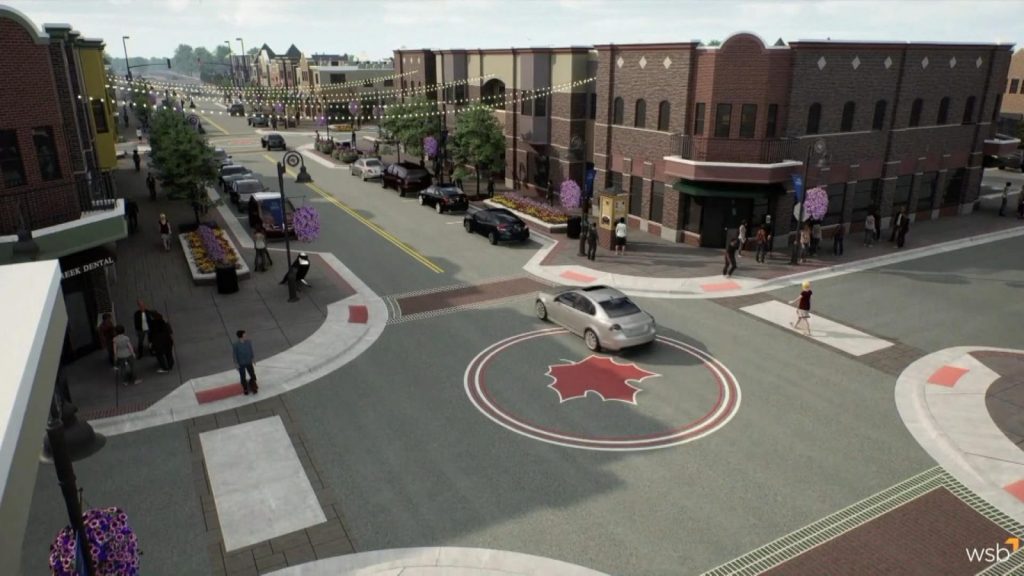