This weekend, the Robbinsdale Cooper Hawks won the Hydra FPV Westside Showdown Drone Competition. The new drone competition club requires students to build a drone and then race it in a series of races. 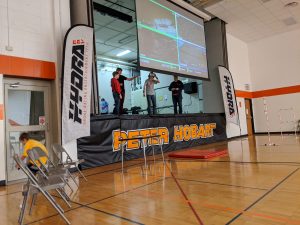 One of the coaches, Tim Fitze, tells CCX news that engineering students at Cooper High School formed the club about three or four weeks ago.

This weekend, the team won a competition held at Peter Hobart Elementary School in St. Louis Park, over two teams from Benilde-St. Margaret’s and one from Edina.