Main Street Construction in Maple Grove to Last Until Fall

It is said there are two seasons in Minnesota – winter and construction. And just as Maple Grove’s Main Street starts to get busier, so does the work around it.

Construction to improve Main Street has officially begun and some nearby businesses are feeling the impact.

“Main Street is still relatively busy, but I think a lot of people going to and coming from work kind of just avoid it all together now,” said Nick Maiers, whose family owns The Great Greek.

Construction hasn’t officially begun outside their restaurant — as it’s being done in phases — but it will in July.

“We do get a lot of calls from people that don’t know the construction, they call and ask like ‘how do I get there?'” he said.

“That was kind of a large part of our dinner rush was people just picking up on their way home, so since they kind of avoid it we’re not really on their radar as much.” 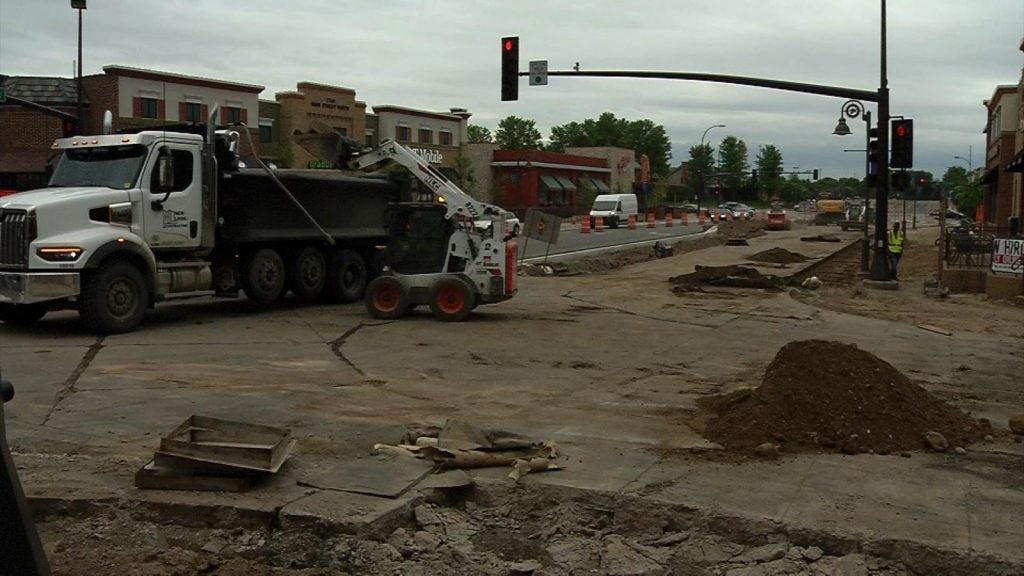 “It’s like okay how is that going to impact us, especially starting out,” she said. “Hopefully it doesn’t disrupt customers too much because a lot of people love sitting out on the patio, that’s a huge thing on the weekends.”

The city’s goal is to improve the streetscape and pave sidewalks in front of stores – replacing the corridor with more durable, decorative concrete.

Pedestrian crossings will also get a new look, along with light fixtures and new tree plantings.

The project is estimated to cost around $2.8 million, which is higher than first anticipated.

You can read more about the plan here.