A major road construction project that connects Robbinsdale to Minneapolis is progressing as planned.

Construction on the West Broadway Avenue bridges began in April. Since then, crews demolished one bridge and shifted all traffic onto another bridge.

They’ve also completed foundation work for both the northbound and southbound bridges.

The focus is now on building the supporting structures, which include piers and abutments. Experts say these are the elements that take the most time to build.

“Not having as much rain allows us to get progress a little bit farther, and we’re kind of looking forward to keeping that momentum here through the fall to get this stage closed out,” said Tony Schrempp, project manager with Hennepin County.

Work one of the new bridges should be finished later this year. Crews will then demolish the old bridge and shift traffic onto the newly-built structure. 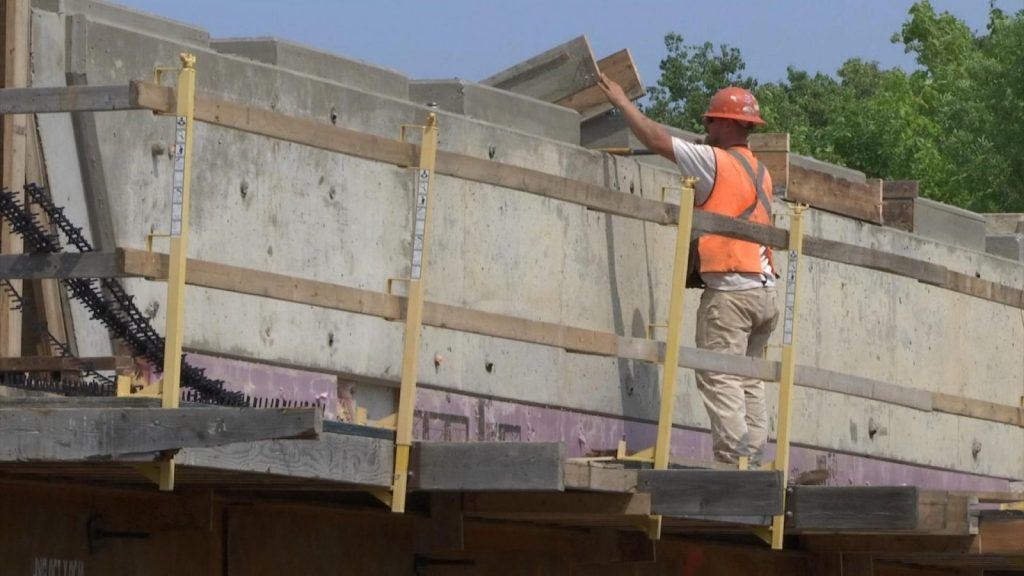 A member of the construction crew works on the West Broadway bridge.