If you like spending time at River Park, this week is the time to visit. Brooklyn Park officials are shutting down the park for the summer so crews can finish working on a $3 million park construction project.

Construction crews have been upgrading River Park all summer long, but now the city is closing the park. 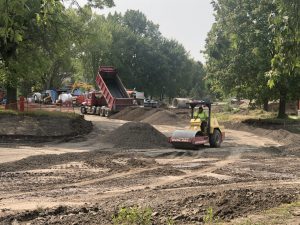 “It’s just too dangerous to have people wandering through when we’ve got big equipment,” said Parks and Facilities Manager Brad Tullberg.

Tullberg says the city recently had a near mishap after a child was caught playing near a large piece of equipment.

“A young boy was running through the park being curious about the big equipment. It was a situation that was too close, and obviously safety is our number one concern,” said Tullberg. 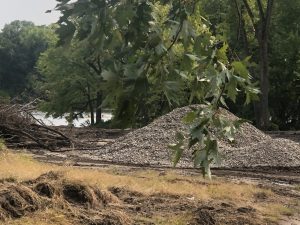 Most of the work has been done to the south end of the park. However, renovations are now spreading throughout the whole park. The city is stabilizing the shoreline and workers added rocks and boulders. Crews are also making storm drains more environmentally-friendly.

“A lot of stormwater from homes in the streets in that area empties into the Mississippi River, and previously it was untreated,” explained Tullberg. “We’ve added upgrades to the system and will be treating that water before it goes into the river.”

Brooklyn Park also added a couple of fishing piers and an overlook to check out the magnificent views. The project should be completed sometime in November.