For 22 years, Loreese Brandt has lived in a quiet Brooklyn Park neighborhood about two miles west of the Mississippi River.

“We kind of look out for each other for the most part,” Brandt said. “So it’s a good area.”

But around 2 a.m. on Sept. 18, Brandt had an unexpected encounter while sitting on her front porch.

“I knew it was a deer, but I didn’t see the deer, cause when I lifted my head he was already gone,” she said.

Yet it’s what was trailing the deer that really caught her attention. A coyote was in her front yard, staring her down

“I took this cushion and I went and I threw it,” Brandt said as she threw a cushion off her porch. “I went all the way to the end [of the porch] and I threw it like that. It didn’t move.”

When the cushion didn’t work, she opted for something bigger.

“At that point, he wasn’t going to move so I took this chair and I threw it like that,” Brandt said as she threw a chair off her porch. “And he still didn’t move. He was just sitting there looking at me like I was some crazy lady or something.”

She then made some loud noises, went back in the house, and the animal left.

“I was terrified. I was really scared,” she said. 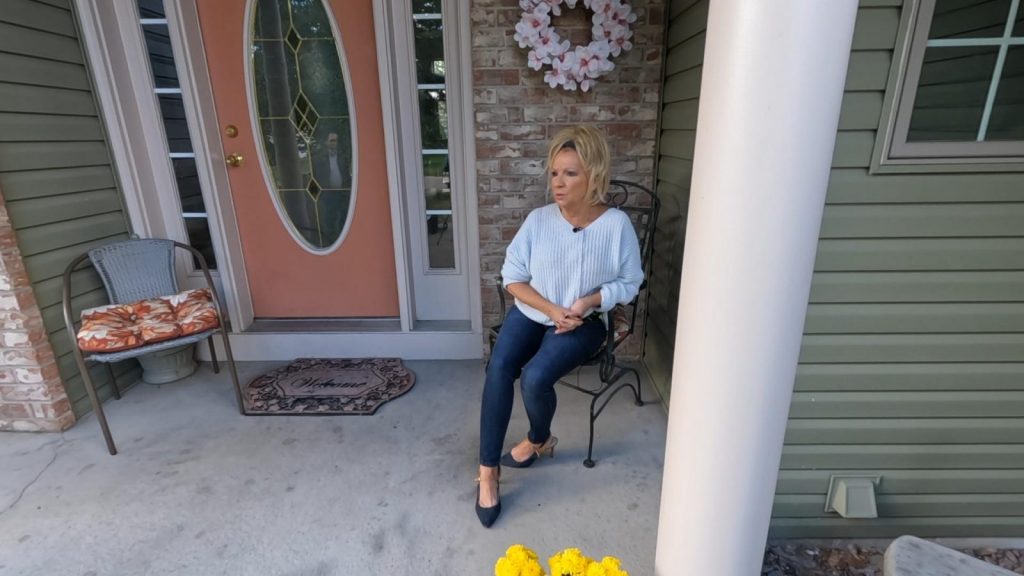 Loreese Brandt encountered a coyote while sitting on her front porch earlier this week.

Common in the Twin Cities

According to John Moriarty, the senior manager of wildlife with the Three Rivers Park District, people shouldn’t be afraid of coyotes.

“A coyote has probably chased a deer through her back yard regularly,” Moriarty said. “And it’s the first time that there’s been a person there. So it’s like, what are you doing here? And they’re not gonna attack people.”

Moriarty estimates there are hundreds of coyotes in the northwest metro. He says they’re attracted to the area because of easy access to food and shelter.

“Sheds, outbuildings, they sometimes burrow underneath them,” Moriarty said. “Coyotes like to make dens, so they’ll burrow into hill sides,”

“Leaving trash out, leaving food out for your pets. Some people still feed their cat or dog outside,” he said. “Well that’s an open invitation for a coyote at night.”

He says that humans and coyotes have coexisted for decades. Still, Brandt would rather not have to come across another coyote anytime soon.

“I don’t have animals myself, but I will definitely be more cautious sitting out on my porch late at night,” Brandt said.

For more information on urban coyotes, check out the Minnesota Department of Natural Resources website.

Related: Along for the Ride: Coyotes