The city of Brooklyn Park has submitted a request to Hennepin County to review the speed limit of Douglas Drive, or County Road 14, from the Highway 610 westbound ramps to 109th Avenue at the Champlin border.

That stretch of road currently has a speed limit of 50 miles per hour. The city says that speed limit was determined in 2004, when much of the area was undeveloped. In the early 2000s, the road changed from a two-lane rural roadway to a four-lane divided highway. Officials say crashes have increased since.

“Some of the recent crashes that occurred out there, particularly at Zane/Douglas and 101st Avenue, have kind of triggered another look into this issue,” said Jeff Holstein, Brooklyn Park’s transportation engineer.

Council member Tonja West-Hafner lives near the intersection of Douglas Drive and 101st Avenue and says she keeps hearing from neighbors about accidents. She says one of the crashes occurred just a couple weeks ago.

“They just keep asking me when is somebody going to stop this,” said West-Hafner. “I’ll be honest, you try to turn left into my development, it’s not fun, because the road kind of comes down at an angle. It’s hard to judge how fast people are going.”

Brooklyn Park is reviewing crash data to submit to the county. The city is also looking at interim measures for the intersection.

“Ultimately, there will be a signal at this location,” said Holstein. “The county and the city both acknowledge that.”

While the county starts the review process, MnDOT has the ultimate authority to change the speed limit for a county road. 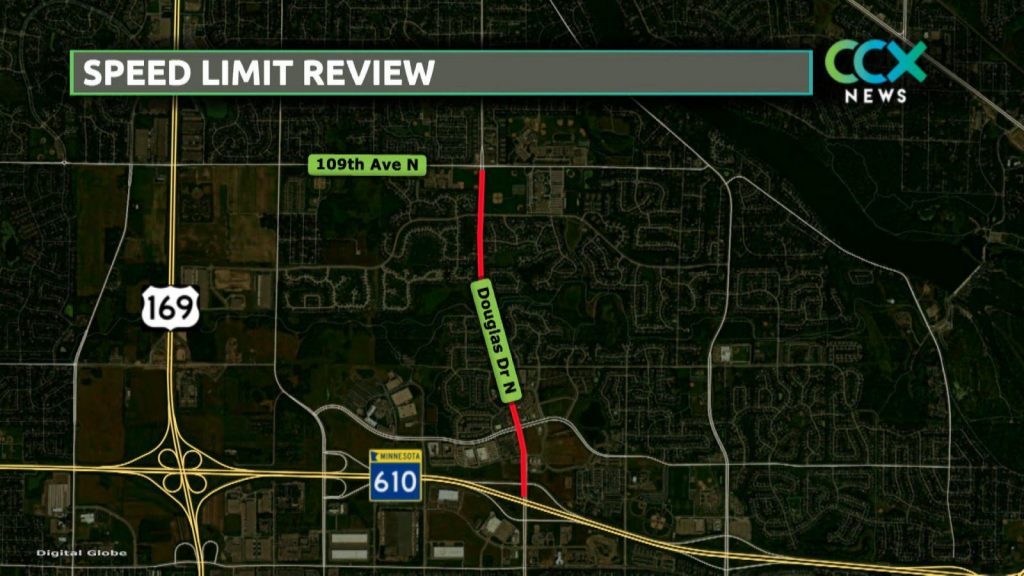