The Brooklyn Park City Council will consider approving a temporary traffic light at the intersection of Candlewood Drive and West Broadway Avenue, which was the scene of a fatal crash in September. The family of 24-year-old Jupiter Yang asked the council to do something about the intersection. The intersection is expected to get a permanent signal installed during light rail construction.

The council meeting is Monday night and the item is on the consent agenda.

Yang was making a turn at the intersection of West Broadway and Candlewood when he was struck by a truck and died on Sept. 12. There has also been two other fatal crashes at that intersection. Neighbors and Yang’s family spoke at a city council meeting asking for help. 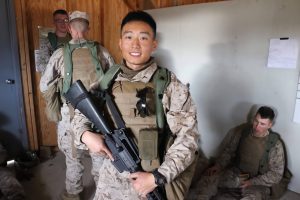 City documents say the city and Hennepin County have been planning to reconstruct this segment of road since the 1990s, but it’s been delayed because of funding and the addition of the Bottineau light rail project. Reconstruction plans of this road always included a traffic signal. If approved, the temporary signal could go up sometime later this year.

A permanent signal system would be installed during light rail construction, which is estimated to happen in the next five years.