Amy Oliver is in her eighth year at Monroe Elementary in Brooklyn Park. Oliver’s coworkers nominated her for the award of Minnesota 2021 National Distinguished Principal. Her colleagues cited Oliver’s leadership and her efforts to promote equity in her school.

CCX News interviewed Oliver when we visited her school in 2019 as students attempted to break a world record for an image of a human gear.

Oliver is one of three finalists for the honor from the Minnesota Elementary School Principals’ Association. The group has presented the award for 37 years. The award goes to an elementary or middle school-level principal who sets high standards for instruction, student achievement, character and climate for students, families and staff.

Oliver was nominated by another Anoka-Hennepin principal, Nathan Manean from Mississippi Elementary School.

“Among her colleagues,” Manean wrote, “Amy is viewed as a leader and shares her practices both formally and informally so that everyone around her grows as educators and leaders.”

Oliver has promoted equity in her school. She coordinated with the organization Black Men Teach to increase the ratio of teachers of color in their school.

Another coworker wrote about Oliver’s leadership, saying she’s a visual and active part of the school and classrooms there.

Oliver and the other two finalists will be interviewed in May before a winner is chosen. 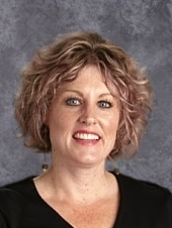