The Brooklyn Park police department is working to improve its public safety model. The police chief recently released short and long-term strategies for a safer city. The strategies were reviewed at Monday’s city council meeting.

City leaders say they didn’t want a repeat of last summer when violent crime was at an all-time high.

The Brooklyn Park Re-imagining Public Safety Campaign is based on the framework of a national organization called Cities United. Some of the suggestions include looking at several different ways to end the cycle of community violence.

The city will continue to work with the non-profit group Minnesota Acts Now. Last summer, the police department teamed up with the organization to patrol hot crime areas like the intersection of 63rd Avenue and Zane Avenue. Both the police and organizers say crime has dropped significantly in those areas. 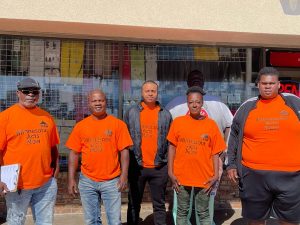 This summer, MN Acts Now patrolled the strip mall near Brookdale Dr and Yates Avenue. The city extended their agreement with the group for another year.

“Crime has gone down. We’re hopeful we can keep this trend because we know that summer is coming, and we don’t know what we’re going to be facing,” said MN Acts Now Executive Director Harding Smith.

Beefing up youth-based outreach groups is also on the table. Currently, the city has 11 youth-based workers. The team has activities at Zane Recreation Center, area parks and neighborhoods, and Park Center High School.

The plan also calls for working with local hospitals to assist gunshot victims. A group called Next Steps would team up with police crisis response teams.

“When a gunshot victim arrives at the hospital, these individuals from Next Steps engage the gunshot victim and work with them to determine what resources they may need,” explained Brooklyn Park Police Chief Craig Enevoldsen.

Brooklyn Park police are also adding another social worker to help deal with a mental health crisis. Currently, the city has three social workers stationed within the police department.