Brooklyn Park police are on the lookout for a man with a dangerous criminal history who is believed to have assaulted a mother and her child this week.

The incident happened in a home Wednesday afternoon on the 8200 block of Brunswick Avenue in Brooklyn Park. When officers arrived, a man broke through a window and fled from the home armed with a gun. He is still at large.

“One of the issues that we had is this incident occurred at 3:30 in the afternoon in a very busy area of town,” said Deputy Police Chief Mark Bruley of the Brooklyn Park Police Department. “There was a lot of people walking around and moving around, so that’s what made it very difficult to both search by air and search on the ground with canines because of all the foot traffic from other people.”

Police identify the suspect as 33-year-old Andrew Johnson, who has a history of weapons charges.

Shortly after Johnson escaped from the home where the alleged assault occurred, police say he broke into a nearby home and confronted the homeowner. He then continued running from the area. 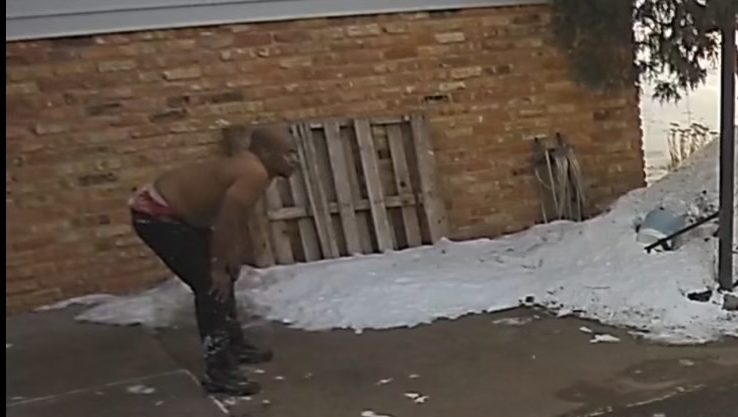 Police say Johnson coerced a resident in the area to transport him out of the neighborhood.

Investigators say they’re looking at places he’s frequented in the past, but they could still use the public’s help.

Meanwhile, Deputy Chief Bruley expressed his frustration that Johnson was free in the first place.

“Unfortunately this is a trend we’re starting to see all too often is people that are committing violent crimes and then are out on bail or are out without bail, and again victimizing our community,” Bruley said. “And it becomes difficult to keep responding and explaining to our community members why we continue to respond in our attempt to arrest the same suspects over and over.”

Bruley said that Johnson is currently out on bail for a murder charge. In the meantime, police say they’ve recovered Johnson’s gun, but he is still on the run.

Anyone with information is encouraged to call 911.