Brooklyn Park Police: Witnesses See Vehicles Shooting at Each Other on West Broadway

Brooklyn Park police responded early Wednesday afternoon to an incident in which witnesses reported seeing two vehicles shooting at each other on southbound West Broadway Avenue near Modern Road.

Police temporarily blocked off a portion of West Broadway Avenue at about 1 p.m. as officers combed the area for evidence. Officers were seen searching nearby yards and businesses. A police helicopter was also seen hovering over the area.

One neighbor told CCX News that he heard “a lot of gunfire,” but didn’t see any shots fired or possible suspects.

As of Wednesday afternoon, there was no description of the vehicles involved in the shooting. 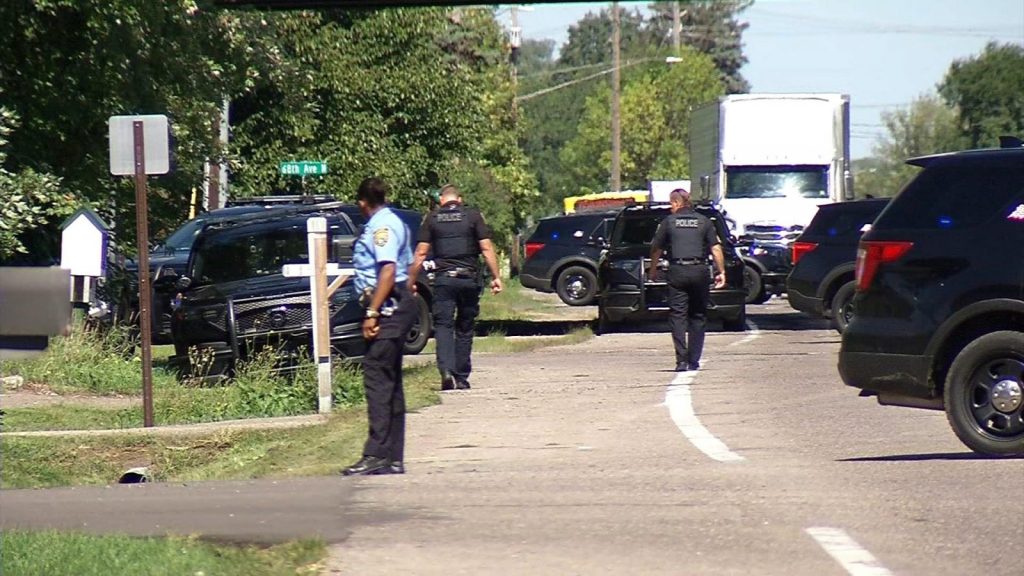 Police seen searching the area on West Broadway, north of I-94.