More violence erupted late Tuesday night at a memorial site where a 17-year-old boy was fatally shot earlier in the day in Brooklyn Park. Police say more than 50 rounds were fired at the memorial site between several groups of people.

Brooklyn Park police say this has already been one of the most violent summers they have seen in decades. According to police, there have been six homicides so far this year.

The latest fatal shooting happened shortly before 4 p.m. Tuesday in front of the Digir African Market at the corner of Brookdale Drive and Yates Avenue North.

Police say they found a 17-year-old boy in the backseat of a car with multiple gunshot wounds. Witnesses say the victim is Liberian. Authorities have not yet released his identity.

“There’s a whole lot of shootings in our community. Which I don’t think any parent wants to bury their child,” said Abraham Brima Bah with Organization of Liberians in Minnesota.

Police think the gunman walked up to the parked car and started shooting inside the vehicle before he ran away from the scene. One person is in custody in connection with the case, but police say that person was not the shooter.

“It’s sad, you know. The community is captivated by what’s happening today, and we’re pleading with the community to stop the violence,” said Bishop Harding Smith, who is affiliated with a local church and is also president of the nonprofit Minnesota Acts Now. 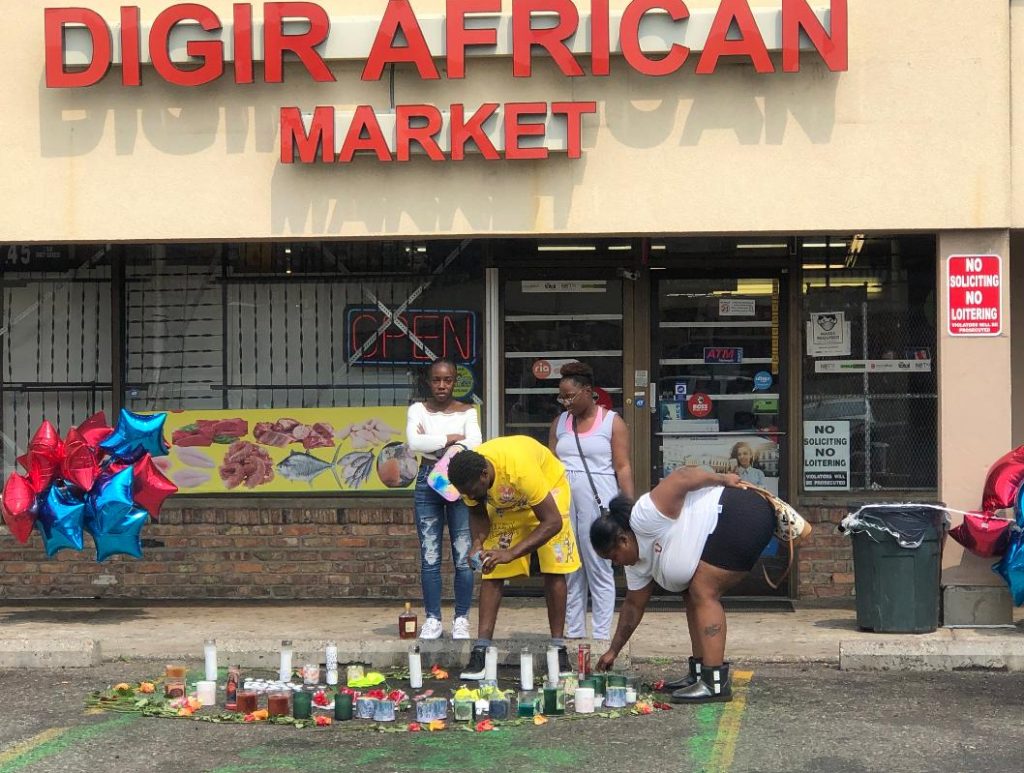 Gunfire erupted again at about 11 p.m. Tuesday at the memorial site for the shooting victim. Police say a fully automatic weapon was used in the violence when several groups of people started shooting at each other. Bullets hit numerous vehicles, but no one was injured in the exchange.

After the memorial site shooting, police say the crowd “became unruly.” Brooklyn Park police had to call in other police agencies to assist. Authorities arrested three adults and one juvenile for rioting and weapons violations.

Meanwhile, the community is trying to cope with the senseless loss of life.

“This is the neighborhood store, everybody comes here, and to know that a young man, a young Black man lost his life, it makes me reflect and think like at any point and time, that could have been me,” said Brooklyn Park resident Keenan Jones.