The man is in custody, and has yet to be charged.

Police arrested the man Monday evening around 5:30 p.m. in a vehicle in Minneapolis. Brooklyn Park police say they had the assistance of the Hennepin County Violent Offender Task Force, Hennepin County SWAT, and Minneapolis SWAT.

Police say they are not seeking any other suspects in this investigation. 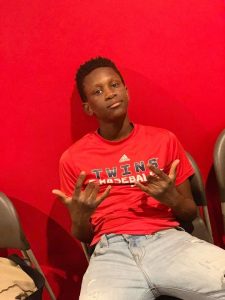 Man Arrested in Connection in Death of Varney Kennedy, Jr., 16

The homicide happened on August 17, just before 4 p.m. outside the African Market at 5700 Brookdale Drive in Brooklyn Park. Police say someone walked up to a parked car and shot the victim as he was sitting in the vehicle.

The young man has been identified as Varney Kennedy, Jr., 16, from Golden Valley.

Family members and community members held a prayer vigil outside the market after the death, asking for peace.