Brooklyn Park police continue to investigate an unusual incident in which police say a man was held hostage and called for help on a nearby neighbor’s roof.

Police received a call shortly before 2 a.m. Wednesday from a homeowner in the 7900 block of Brunswick Avenue N. who said he heard noises on his roof. Officers then found a man on the roof who said he’d been held hostage by people known to him at a home nearby.

Brooklyn Park officers responded to that home in the 8000 block of Zane Avenue N., but police say potential suspects had already left. Police say the alleged victim had duct tape around his legs and injuries indicating he had been struck in the head with a weapon.

The investigation is ongoing. No arrests had been made as of Wednesday afternoon, police said. 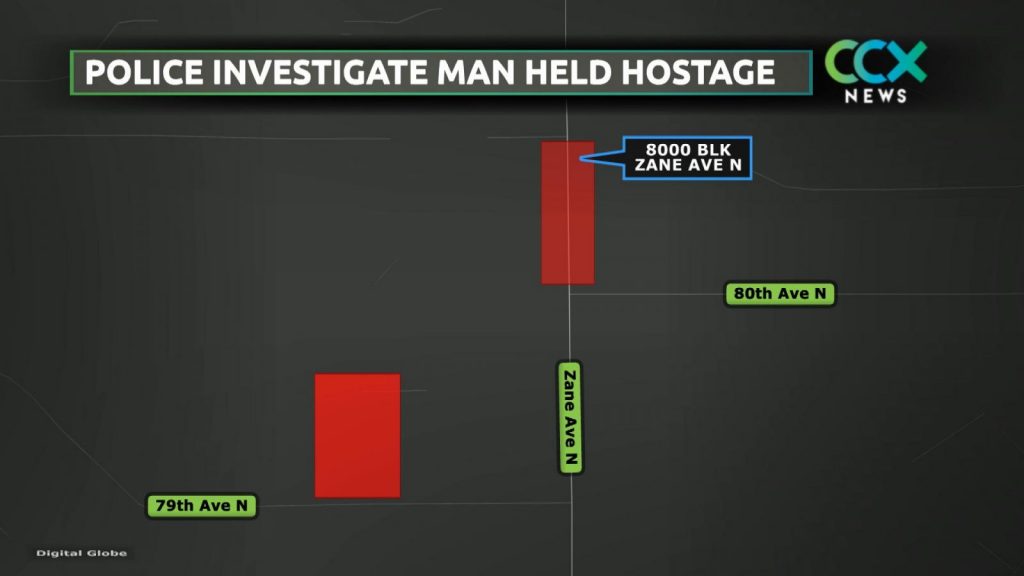