A man is in jail after allegedly firing gunshots in the early morning hours Friday in Brooklyn Park.

Police out on patrols heard gunshots at around 1:35 a.m. near 69th and Zane avenues north. Officers responded to the south and spotted a man on a bike near the Eden Park Apartments in the 6400 block of Zane Avenue N. When officers tried to stop him, the suspect fled, police said.

According to Brooklyn Park police, the suspect was quickly taken into custody. Officers located a pistol on the suspect with ammunition missing from the magazine, police said. Police also found three spent shell casings near the Zane Avenue bridge over Interstate Highway 694.

Police say the suspect later admitted to firing the shots.

Charges in the case are pending. No injuries were reported. 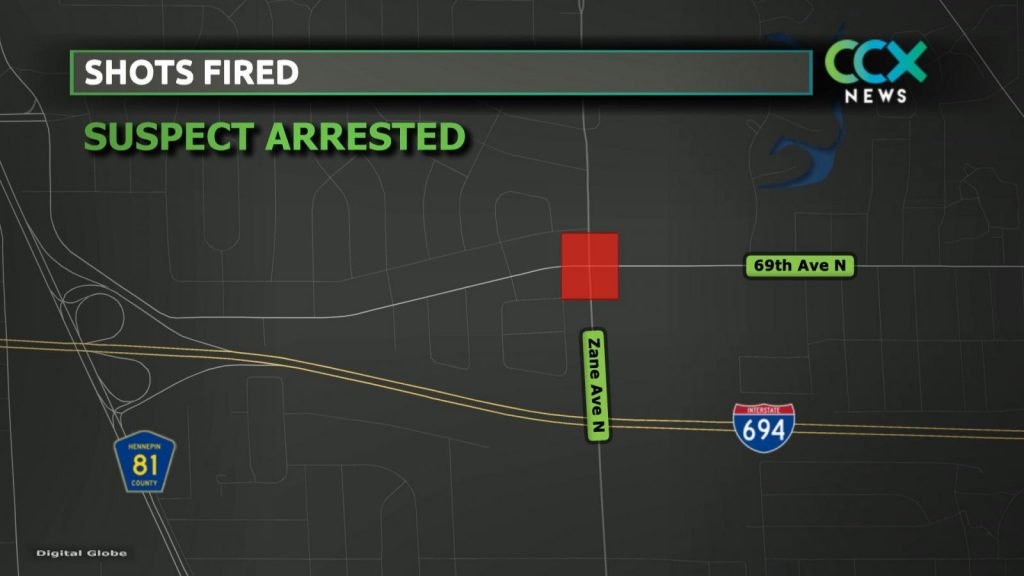