Brooklyn Park police are concerned about a rise in so-called “ghost guns.” Officials say they are seeing a significant increase of these types of weapons being used in crimes.

A ghost gun is a privately manufactured firearm. Some people use 3D printers or purchase kits to make them. Kits often come 80 percent complete.

“You can buy those, and they’re not considered guns. All they are is a piece of plastic. A piece of polymer, that’s the material they’re made of,” explained Brooklyn Park police Inspector Elliot Faust.

The kit owner would finish making the other 20 percent of the weapon. 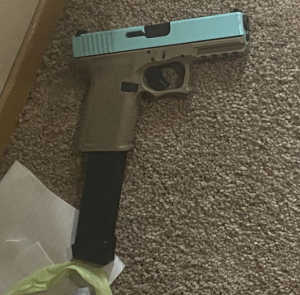 Police are especially concerned about ghost guns because there’s no background check and they currently don’t need a serial number under federal law.

“It has no serial number on it because by law, if you make a gun yourself and it’s for you, it’s your homemade gun. You don’t have to serialize it,” said Faust.

The Biden administration issued a new rule last spring for ghost guns that is set to take effect Aug. 24. It would require serial numbers and background checks for ghost gun purchases, the same rule as commercially-made firearms.

So far this year, 12 ghost guns have been recovered in Brooklyn Park. The latest incident happened Tuesday. Police say two young people were caught shoplifting at Walmart and both had ghost guns.

Brooklyn Park police say trying to find out where they got the weapons will be challenging.

“There’s no way for law enforcement to go back and work through the lineage of who had the gun,” said Faust.