It’s been just over a month since an initiative called the “21 Days of Peace” was launched in Brooklyn Park. It’s part of an effort to try and prevent crime in an area near 63rd and Zane avenues.

“There’s a lot of bad things happening around here,” said Judy Wasylik, a Brooklyn Park resident. She says the 21 Days of Peace effort has helped.

“With that we have stable peace around here,” Wasylik said.

Volunteers continue to patrol the area even though 21 days has passed.

“We’re going to be there for as long as it takes,” said Aja King, organizer of the 21 Days of Peace initiative. “We don’t have an end date because we know this is working.” 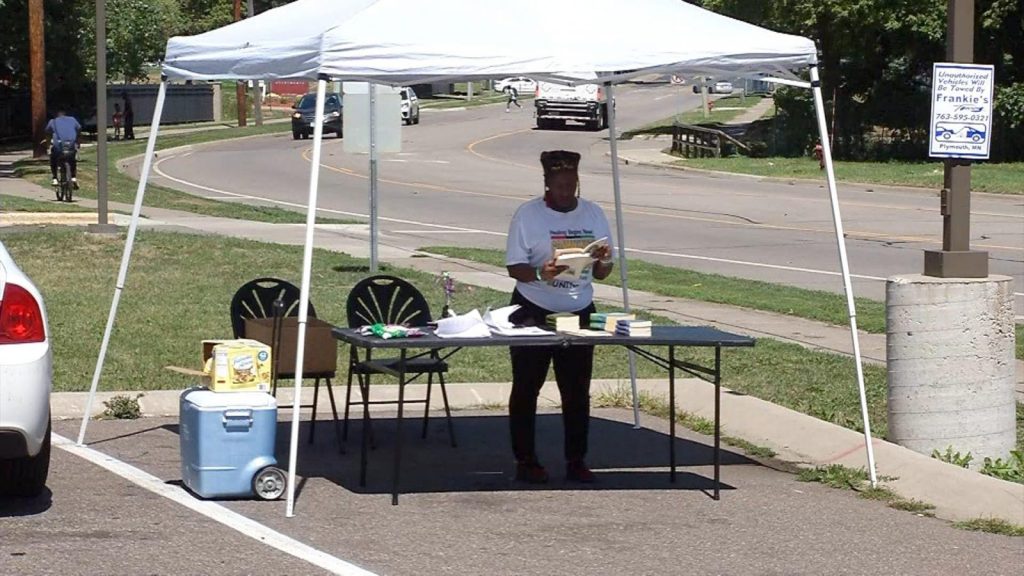 Volunteer with 21 Days of Peace

Brooklyn park police say they are seeing some improvement near 63rd and Zane. There were 24 calls for service at this location last month. That’s compared to 71 in July last year.

“I feel like it’s brought more people together around here and business has been better around here too,” said Anthony Holman, a Brooklyn Park resident.

The crime-fighting initiative also provides resources to the community. Organizers say they have helped some people find jobs.

“They needed their Social Security cards and birth certificates,” said Sharif Willis, a peace volunteer. “We expressed that we’re going to try and help them get those things that they needed to go forth and do something different with their life.”

Volunteers with 21 Days of Peace say they will keep patrolling this area until there’s a drastic change for the better.

“it makes a lot of difference,” said Wasylik. “It’s very necessary for this area.”