The Brooklyn Park City Council will soon have to vote on plans to replace its outgoing mayor.

Mayor Jeff Lunde won a November election to serve on the Hennepin County Board of Commissioners representing District 1. He will begin serving in January. Lunde is expected to submit to his resignation as mayor by the next city council meeting. The resignation would take effect Jan. 3.

Lunde has two years left on his mayoral term. While no plans are finalized, the most likely timeline would hold a primary election in April and a special election in August.

Such a timeline would meet state election law, which lawmakers amended in 2017. According to Brooklyn Park City Attorney Jim Thomson, state law prevails over the city’s charter for special elections. 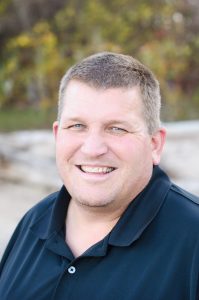 The most likely timeline would allow candidates for mayor to begin filing Feb. 2. Filings would close Feb. 16, according to the timeline outlined by Thomson at this week’s Brooklyn Park City Council meeting.

The city council in January will also have to choose a mayor pro tem, who would serve in the role of mayor for about seven months until a new mayor is elected.

According to Brooklyn Park City Clerk Devin Montero, both early voting and absentee balloting will take place for a possible mayoral primary election (if more than two candidates file) and for the special election. All 24 city polling places would also be open on the date of the primary and special election. The cost for both elections would be $80,000, Montero said.

The Brooklyn Park’s city charter was amended in 2014 to require a mayoral primary if more than two candidates files. The change occurred after a special election in 2011 that had 11 candidates file for mayor. Lunde won that race, replacing Steve Lampi who died of cancer earlier that year.