Brooklyn Park Neighbors, Family Call for Stoplight after Fatal Crash: ‘Your Decision is Our Saving Grace or Our Death Sentence’

The family and friends of Jupiter Yang, 24, who died Saturday, Sept. 12, in a car crash at Candlewood Drive and West Broadway, spoke to the Brooklyn Park City Council on Monday night. They spoke with emotion during the public comment portion of the meeting, a time when the public is allowed to speak but city council doesn’t respond or act upon comments.

The accident happened around 8 a.m. that Saturday, when Yang’s car was struck by a box truck, similar to a moving van. He was pronounced dead at the scene.

Tong Xiong spoke at Monday night’s meeting, saying the sound of the crash woke her up and she ran outside to see what happened. 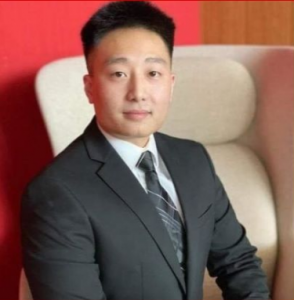 “His face was so familiar but I kept begging myself that he wasn’t someone I knew,” said Xiong and discovered Yang was a friend of her son. “It’s hard to believe a young man near my home needlessly lost his life.”

She called for the council to do something about the intersection.

“Just because our neighbors in west Brooklyn Park aren’t as affluent as other neighborhoods doesn’t mean our lives are not as valuable,” said Xiong. “Your decision is our saving grace or our death sentence.”

Chang Yang, the father of Jupiter Yang, also spoke, saying the family moved into the home on Oregon Avenue North in 2003. His son was in the Marine Reserves and worked in real estate. Yang said he could remember at least three deaths at the intersection and even more accidents.

“As a father, I hope that there’s no more accidents and death. Make my son the last one to have an accident there, and this will benefit not just me but all people who will use the road an intersection,” said Chang Yang, speaking through a translator.  “As father, I have lost a great son. I want to address this to the city council to evaluate this intersection and make changes so that life can be safe.”

Other neighbors also spoke before the council asking for a stoplight.

Council member Susan Pha spoke at the end of the public comment portion of the meeting. She reiterated while the council does not regularly address public comment, they do offer their condolences to the Yang family and will be working with them to find a solution.