A Brooklyn Park man will spend 20 years behind bars for causing the death of his two-month-old son last year.

Derrick Johnson, 20, pleaded guilty on Tuesday to the unintentional second-degree murder of his infant son. Johnson confessed to striking his son with the intent to cause harm. Johnson also admitted that the severe injuries he inflicted caused the death of his child. 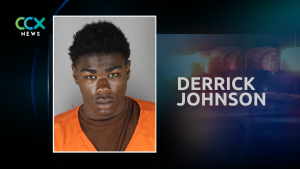 The criminal complaint says on September 3, 2019 police responded to the 5800 block of 73rd Ave N. on a report of a baby not breathing. After police rushed the infant to the hospital, a doctor told officers that he suspected the infant had died 30 minutes to 2 hours prior to arrival.

The complaint states Johnson told an officer the child fell off the bed while he was in the bathroom. However, the medical examiner determined that the injuries did not result from a short fall or drop. The baby suffered multiple fractures including a skull fracture and bruising to the head, which represented blunt-force trauma.