An effort is underway in Brooklyn Park to recruit more women to the police force.

Out of the hundred officers currently on staff in Brooklyn Park, only 13 of them are female.

That’s in line with the national average, but the administration wants to do better to reflect the city’s population.

The department has made a “30 by 30” pledge, meaning that they want a staff consisting of 30 percent female officers by the year the year 2030. 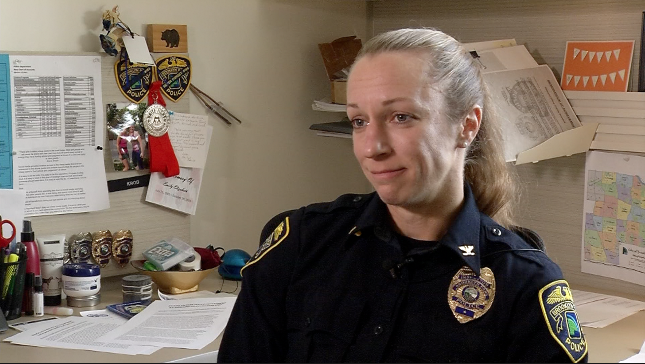 Inspector Toni Weinbeck is one of 13 sworn officers with the Brooklyn Park Police Department.

The Brooklyn Park Police Department is hosting an event called “Wonder Women” on Nov. 8 aimed at recruiting females to this non-traditional career.

“We’re inviting young women to experience what it means to be a police officer,” said Inspector Toni Weinbeck. “So they get to spend a day with police officers, ultimately learning, what are our physical standards, what does the job look like, go over to Hennepin Tech and use their simulation lab. So maybe you can even experience what it means to kind of get into a little bit of a confrontation with somebody.”

The Wonder Women event is open to all young ladies between the ages of 14 to 18. To register, go to the Brooklyn Park Police website. 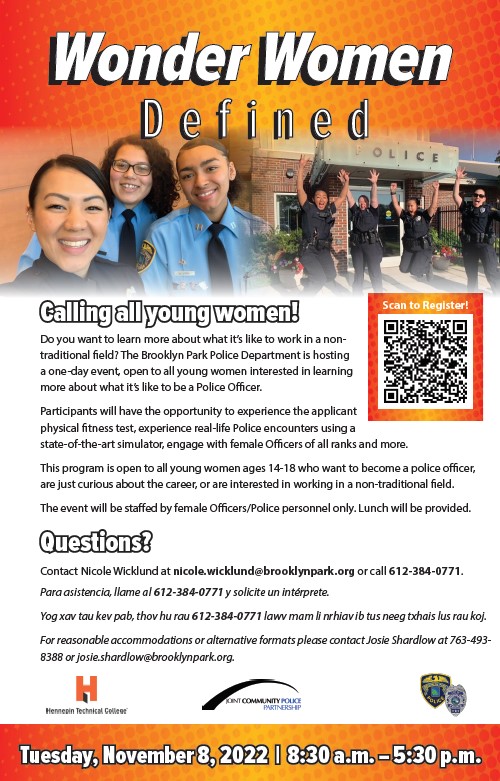