The Brooklyn Park Police Department is efforting to get people of color and women to apply for its Police Cadet Program.

The cadet program is a way to diversify the police force. Cadets receive a scholarship to take the college courses necessary to qualify for a peace officer position, including books, fees, uniforms and equipment.  It also offers a part-time job with Brooklyn Park police.

Cadets receive an immediate conditional promotion offer to become a police officer with the Brooklyn Park Police Department as soon as the cadet becomes eligible for police licensure, the cadet meets of all normal hiring standards for a peace officer position and the department has an opening. 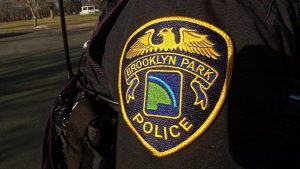 Why Diversity in Policing Matters

Alyssa Archer participated in the program for nine months. Now she serves as a Brooklyn Park police officer. Not only is Archer a woman of color, but she’s had an eventful life that prepared her for what she does.

“I can understand where people are coming from oftentimes and I can provide that empathy to them, truly having been in many of the scenarios that they’re in,” explained Archer.

The Brooklyn Park Police Department is pushing to hire officers like Archer who reflect the diverse population within the city.

Lt. Toni Weibeck also participated in the cadet program prior to being sworn in. Weibeck said the city of Brooklyn Park is 52% minority-based.

“Since 2010, we started at about 7% minority population within the police department,” said Weibeck. “Now we’re at 17%. A good majority of that has been hires from the cadet program.”

“We then have employees that understand how to serve the community, because they are apart of it,” said Weibeck.

With the goal of better serving the community, Archer hopes to see more minorities apply for the cadet positions. The agency will be swearing in five cadets Jan. 1. There will be eight cadet positions open.

“We have a very diverse society and I think community would like to see that as well,” said Archer.