“We’re looking for our next chief to be someone who can effectively work with the community, especially our diverse community here in Brooklyn Park,” said Stroebel. “Someone who can continue working on building that public trust between police and community.” 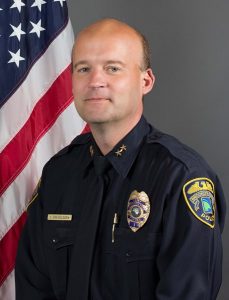 The search comes as the city combats an uptick in violent crime. The chief discussed the issue during a visit with Minnesota Governor Tim Walz back in February.

“The gun violence in the city of Brooklyn Park is unlike anything I’ve ever seen and I’ve been here since 1991,” said Enevoldsen at the February meeting.

There will be a multi-interview process for the next chief. Once the final candidates are selected, residents will be able to meet the finalists.

Stroebel’s goal is to give a recommendation to the city council by the end of August. Brooklyn Park Deputy Police Chief Mark Bruley will serve as interim chief.