Ken Bergemann’s Brooklyn Park home was in shambles after a storm back in May. A lightning strike caused significant damage to the home’s roof and splintered a large cottonwood tree in the back yard.

After weeks of back-and-forth communications with the insurance company, the family finally got coverage for the tree damage. To make matters better, the Brooklyn Park Fire Foundation took Bergemann’s daughter on a shopping spree for school supplies in time for the new year.

“They were so nice to her,” said Ken Bergemann about the treatment of his 9-year-old daughter, Keira. “They were giving her piggyback rides and pushing her around with the cart and having a good time.”

The fourth-grader and firefighters went shopping for school supplies at Target.

“It made her day, made my day. It was pretty awesome,” said Bergemann. 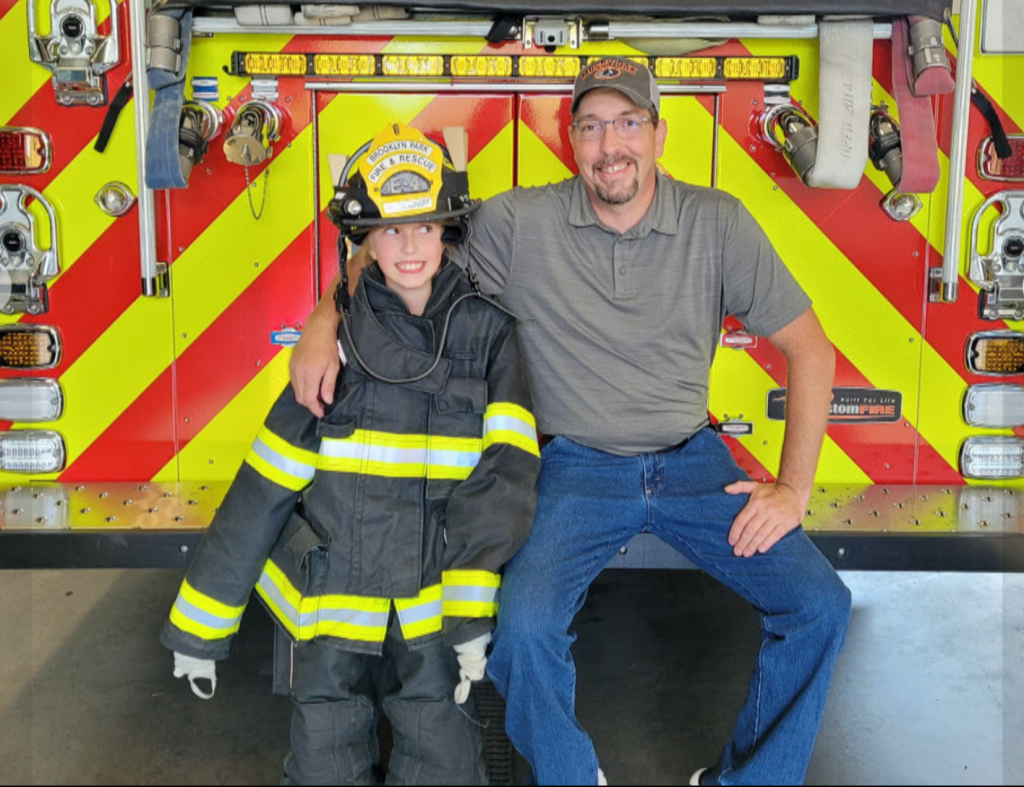 Ken Bergemann and his daughter, Keira, at the Brooklyn Park Department.

The Brooklyn Park Fire Foundation started in 2015. Officials say it’s their mission to help the community during and after a tragedy. The group didn’t hesitate to assist the Bergemann family.

“This is a horrible situation for any family, let alone you have small children. So yes, getting back to normal, whatever that is correct for that family, we think it’s important,” explained Jeff St. Martin, union vice president with the Brooklyn Park Fire Foundation.

The family says they are grateful to the firefighters who helped during their tragedy.

“You blessed us. Thank you from the bottom of our hearts. It’s something that she’ll never forget, and I won’t either,” said Bergemann.