The project comes with a $1 million price tag, some of which includes burying utility lines, and that cost could be partially offset with grant money.

The city says the trail would create a critical pedestrian and non-motorized transportation connection between the Brooklyn Boulevard transit hub and commercial center and the Village Creek neighborhood.

In the future, the BLRT project would extend the 10-foot trail from 7901 Brooklyn Boulevard to West Broadway. The current sidewalk is 5-foot wide, which the city says is not adequate for pedestrians, bicyclists and people with mobility challenges. A wheelchair requires 3 feet of space to operate, which would leave only 2 feet of space for a bicyclist or pedestrian to pass. Additionally, existing pedestrian ramps were installed in 1982 and do not meet current ADA (American with Disabilities Act) standards. A new trail would include updated ADA and updated safety requirements.

The city secured $100,000 in Hennepin County Bikeway grant funds in 2017 and those funds must be spent by June 30, 2021. Staff is also submitting a grant application to cover additional costs.

The Brooklyn Park EDA approved this measure on Tuesday. You can read more here. 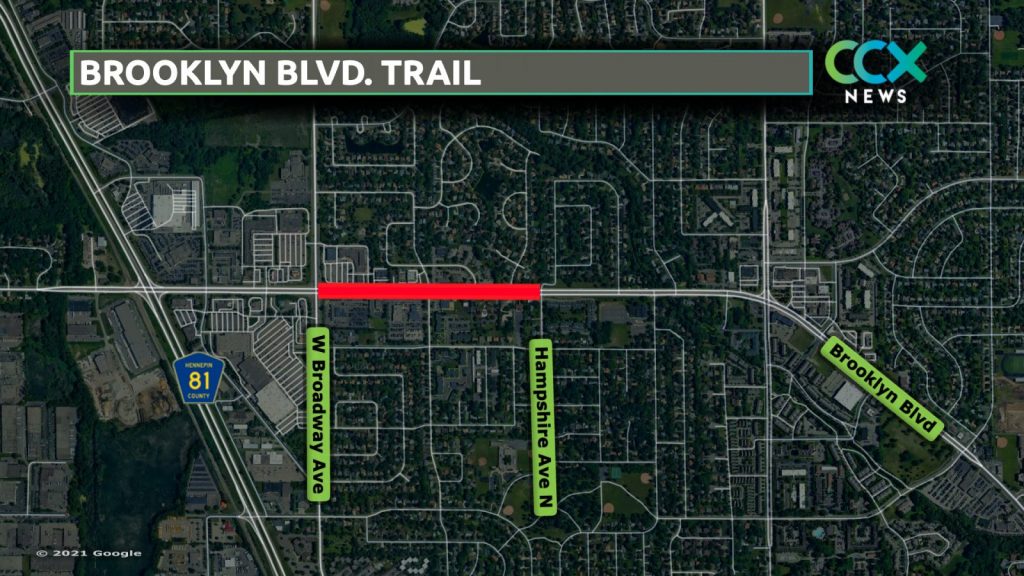