Brooklyn Park police say they have arrested one suspect following an incident in which officers heard several shots fired and spotted two vehicles trying to speed away.

According to police, gunshots were heard at 6:30 p.m. Tuesday near the 5800 block of 73rd Avenue, which is by the Huntington Place Apartments.

Officers caught up to one of the suspect vehicles, which had crashed a short distance away. Police say the occupants of that vehicle fled on foot, but police were able to make one arrest.

Police say they located a firearm in a residential yard. Someone had flagged down officers after witnessing an object being dropped from one of the vehicles, police said. Officers also located shell casings in the street where the shots were initially heard.

There are no reports of injuries from the incident, police said. The case remains under investigation and no additional arrests have been announced. 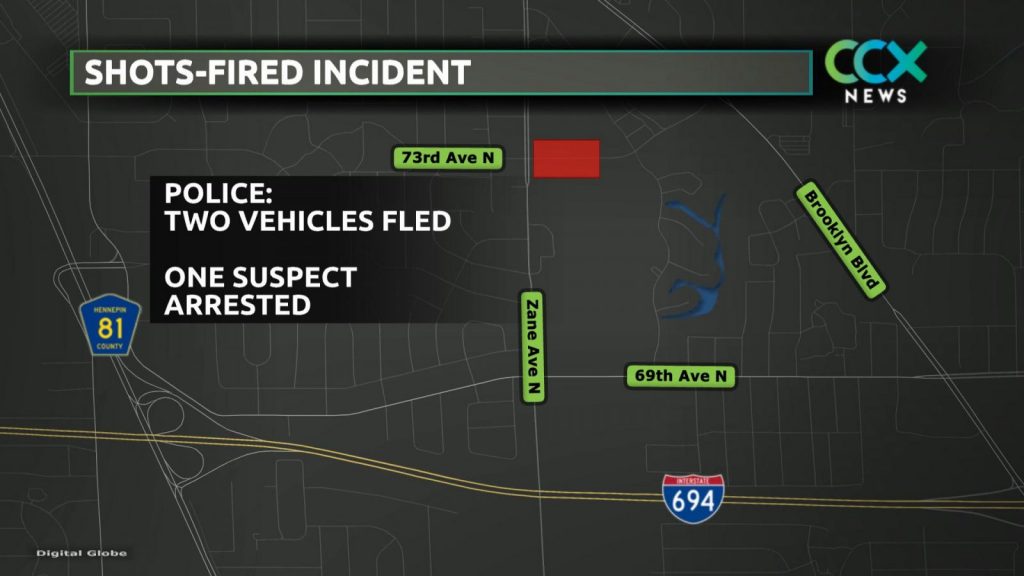