Brooklyn Center residents will have new places to shop, dine and call home. Michaels craft store has been vacant for about two years, and now another retailer is moving in, Burlington.

“I like Burlington, and I think it offers a lot more options for people with families,” said shopper Mary Layeux.

City officials tell us Burlington is expected to open in November, just before Black Friday shopping.

The Sears Department store closed in 2018, and on August 8th, the city council approved new development on the property. Crews will demolish the existing Sears building and Auto Center. The site will be turned into two multi-use buildings for future tenants.

“It’s slated for industrial, as well as some warehouse, but also some non-warehouse use,” explained City Planner Ginny McIntosh. 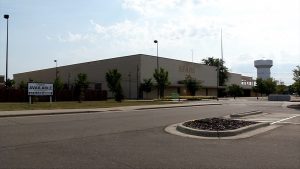 The Brooklyn Center City Council also approved phase one of the so-called ‘opportunity site.’ The existing Ocean Buffet would be torn down, and the restaurant would move elsewhere.

The restaurant and vacant parking lot would be turned into an event center, three separate apartment buildings, a childcare center, and wellness and barber suites.

“We’re hoping that it brings the energy that’s needed to really start rebuilding the core of our city,” said McIntosh.

The phase one opportunity site development will cost about $250 million. Construction is expected to start in December.