Brooklyn Center police have released body camera video from an officer who had an encounter with Katie Wright, mother of Daunte Wright.

Daunte Wright, 20, died last April after being shot by a Brooklyn Center police officer who mistook her gun for a Taser.

The video shows Brooklyn Center police involved in a traffic stop on southbound Highway 252, just north of 66th Avenue. The city says it happened shortly after 8 p.m. Wednesday. The city says three officers were requested to assist another agency in a “high-risk stop” that was related to a homicide investigation. The city says the officers arrived to assist the stop in separate vehicles.

According to the release from the city, the officers say a vehicle unrelated to the traffic stop on northbound Highway 252 pulled off into the median and one of the officers motioned for the driver to keep driving.

The video shows an officer crossing southbound Highway 252 and telling the woman that he needed her driver’s license. The video shows the woman appears to be videotaping the encounter with her cell phone.

“You know who I am right? I’m Katie Wright. You guys killed my son” 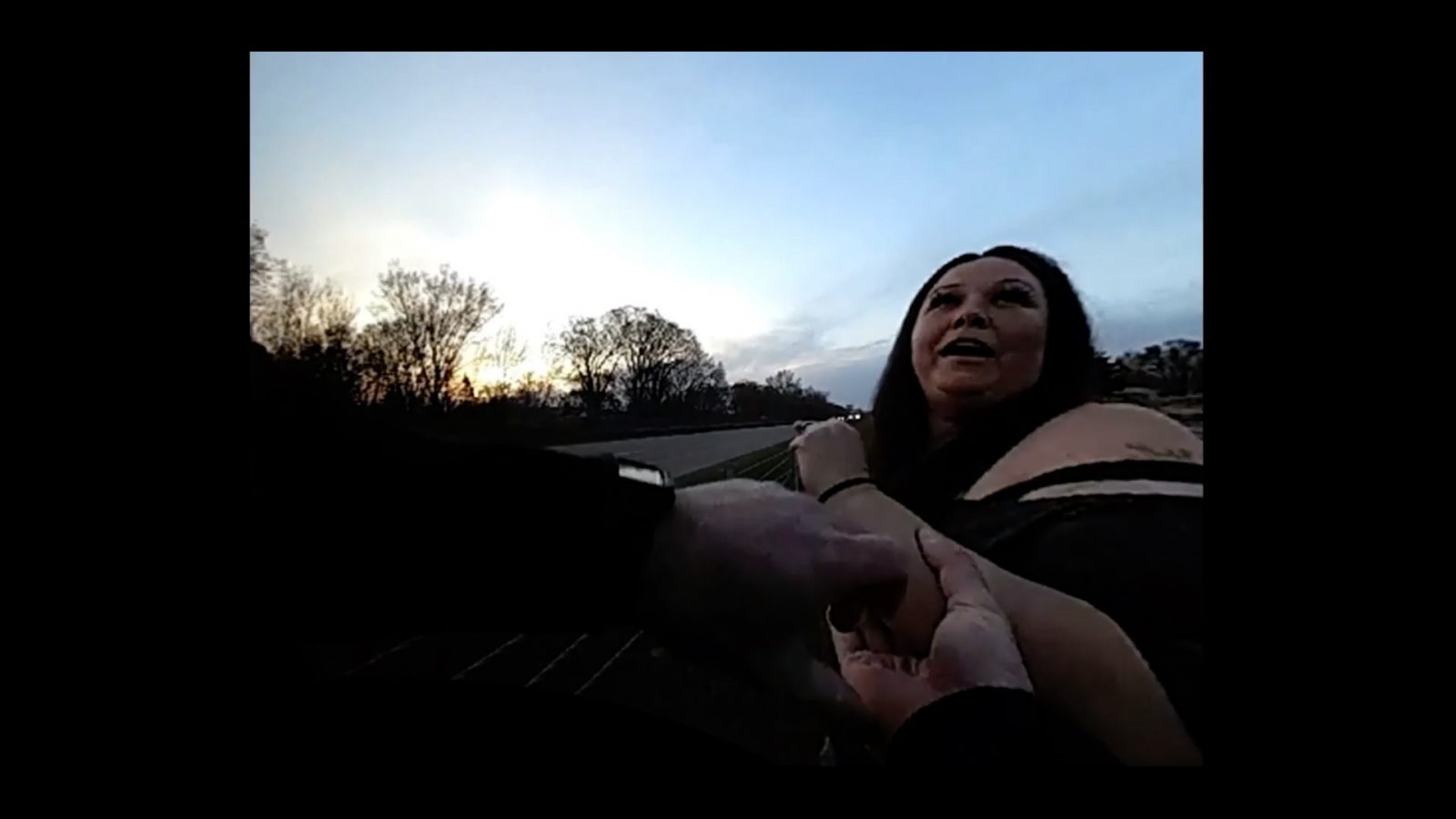 “You know who I am right? I’m Katie Wright. You guys killed my son and [pointing] I’m going to videotape it. If you take me to jail, I’m going to sue you.”

The officer told Wright that she was sitting on the side of the road, to which Wright replied she did not care and don’t touch me again.

The officer said he would send Wright a ticket, and Wright responded that he could send her a ticket, but do not touch her again.

The video shows the officer grasping Wright’s wrist to pull her out of the car and place her cell phone on the car’s roof.

Wright claims she was doing her “civic duty.” She also claims her wrist was injured in the encounter.

A release from the city reads, “as one of our officers was assisting in detaining a person from the high risk stop the person being detained stated she did not want to be filmed and wanted the person filming to stop.”

The release said that once the high-risk stop was determined to be safe, one of the officers went over to speak with Katie Wright and that’s when the encounter happened.

Meanwhile, a representative from the police union praised the officer for his “professional response and restraint during the incident.”