The trial of a former Brooklyn Center police officer Kim Potter starts Tuesday with jury selection. Potter is charged with both first and second-degree manslaughter in last April’s fatal shooting of Daunte Wright during a traffic stop.

Brooklyn Center police are increasing staffing around the police department building and commercial areas. They have also been doing a lot of pre-planning with various local, county and state partners. 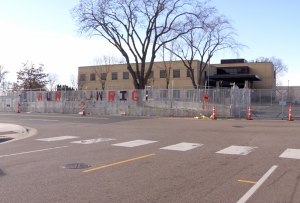 Brooklyn Center police increase staff around police building and throughout city ahead of Potter trial.

Last spring, there were many demonstrations outside the Brooklyn Center police station after the fatal shooting. It impacted residents of an apartment building across the street.

“At first, it was entertaining, but then after a week in half, it kind of got kind of annoying,” said Brooklyn Center resident DeAngelo Isreal. “If people are going to come out here and protest, it’s part of our Constitution. I just hope there’s no violence and nobody tries to burn anything down.”

Some people say they want former police officer Kim Potter to be held accountable for her actions.

“Whether you were a cop or not, you’re still a citizen of this society, and anyone else who’s not a cop sits time for murder, so I think you should sit time for murder,” said resident Alexa Jones.

Meanwhile, Brooklyn Center city leaders are trying to decide whether to impose a citywide curfew. The city council is considering establishing criteria that would give the city manager the power to call for a curfew the day of the verdict and the days following.

“We should have peaceful protesting, and it should never get to the point where we have to go and burn our city’s buildings down,” said Jones.