New Brooklyn Center Police Chief Kellace McDaniel has been on the job for only three weeks, but says he already sees the challenges the city must overcome when it comes to fighting crime.

“It’s my third week in. I’m not ashamed to say it. There’s a lot going on in the city,” said McDaniel, who was hired as chief after previously serving as lieutenant with the Hennepin County Sheriff’s Office.

Brooklyn Center police presented crime statistics to the city council on Monday night. Some crimes have reached levels not seen in its data going back more than 30 years. Aggravated assaults, for instance, reached a 32-year high last year with 90, police statistics showed.

Shots-fired calls, meanwhile, spiked to 180 in 2021, the most by far in 13 years of data. That particular crime is trending toward that number again this year, police said.

Other crimes, such as robberies, are high, but not quite at record levels. Robberies peaked in 2007 with close to 100, according to Brooklyn Center police statistics. They are on pace to reach 80 this year.

“Our city needs help. I mean we really do,” McDaniel told the council. 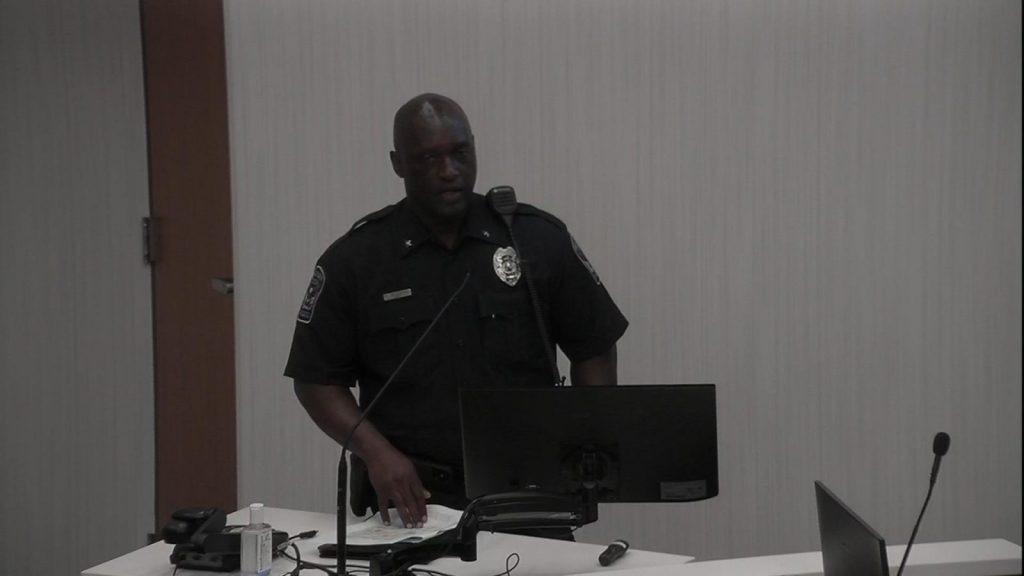 The Brooklyn Center Police Department is trying to address the spike in crime while down a significant number of officers. Brooklyn Center police Cmdr. Tony Gruenig told the city council that the city is down to 34 officers, 15 below full staffing levels. Gruenig also mentioned that the department is down half the number of detectives, from six or seven typically to currently three. He said the department has submitted about half the number of cases to the Hennepin County Attorney’s Office for prosecution compared to years’ past. Brooklyn Center City Council member Kris Lawrence-Anderson asked whether that’s the result of being down detectives.

“Yes, I believe that would be it,” responded Gruenig.

Chief McDaniel mentioned that 16 percent of violent crime occurs in the southwest section of the city, the area that includes Walmart and the Shingle Creek Crossing shopping center. It’s also where Sonder House Apartments is located, the site where police recovered more than 70 bullet casings.

You can view the full council meeting here. 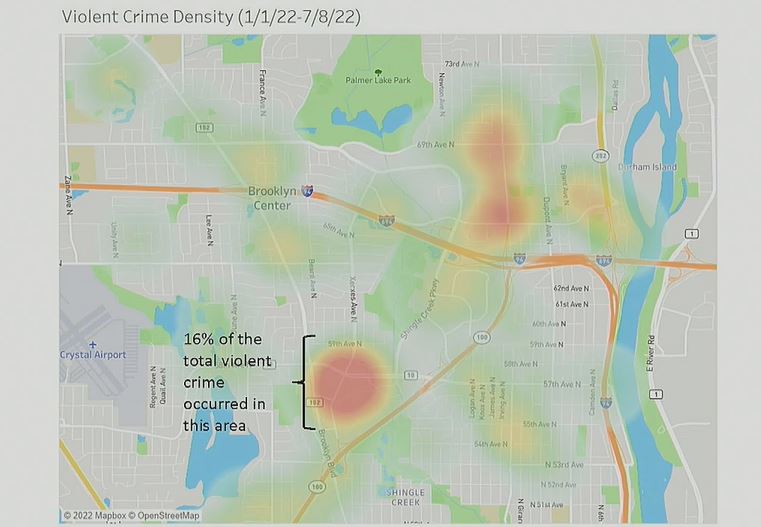