Brooklyn Center police say they responded to the Sonder House Apartments on 58th and North Xerxes Ave. early Wednesday for a report of multiple shots fired.

Police say callers reported two groups of people shooting at each other in the parking lot just after 1 a.m. They say descriptions of the people involved and the cars they were in were given to dispatch.

Police say a car matching the description and leaving the scene was located by officers. They say officers attempted to stop the car, but the driver would not stop, and a pursuit was initiated.

Police say the person drove to the 5600 block of East River Road in Fridley, then fled on foot from the scene. Police are still searching for that driver.

Officers say they located two people in one of the apartment buildings and arrested them, after witnesses reported they were involved in the incident.

Police say they recovered more than 75 bullet casings from the parking lot of the apartment complex.

Several apartments and vehicles sustained damage from bullets. CCX News spoke to one woman whose son’s bedroom window was struck by a bullet. The woman said she’s thankful her son was staying with his grandpa at the time of shooting.

Another woman had her car window busted after a bullet went through it. 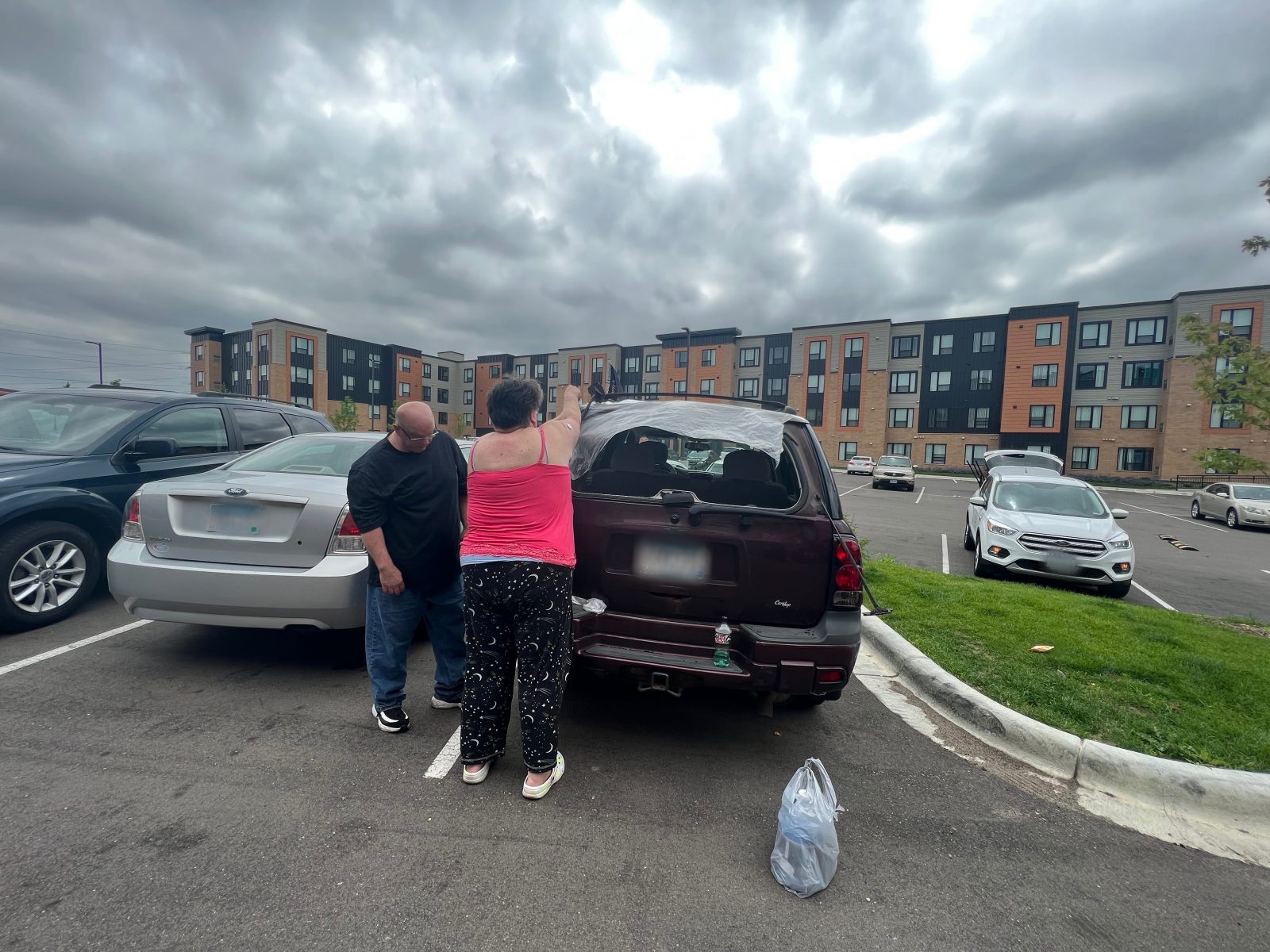 Police say no one reported being injured from the shots fired.

Police are still investigating the incident and collecting video evidence. They encourage anyone with information to give them a call.