Brooklyn Center police are investigating a shooting incident that occurred near a gas station Tuesday night. Police were called to a report of gunshots heard near the Speedway gas station near 57th and Logan Avenues North at about 8:45 p.m. Tuesday.

When officers arrived, they located witnesses who reported hearing the shots and saw an individual running from the area. A short time later, Brooklyn Center police received a call from a man saying someone attempted to carjack him. Gunshots were fired during the attempt, police said.

“We’re still trying to sort through what actually happened,” said Brooklyn Center police Cmdr. Garett Flesland. “I am extremely comfortable that this was not a random incident.”

Police believe the perpetrator and the victim somehow knew each other. Investigators also found evidence of gunshots fired. No one was injured in the incident. The Hennepin County Crime Lab assisted in the investigation. 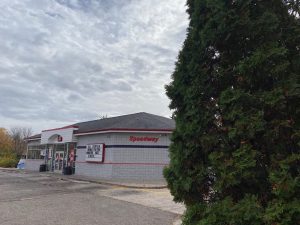 Brooklyn Center later arrested a man who’s now facing charges. Flesland said charges are due by noon Thursday if he is to be charged in custody.

Police are also searching for another male individual they believe was connected to the shooting.